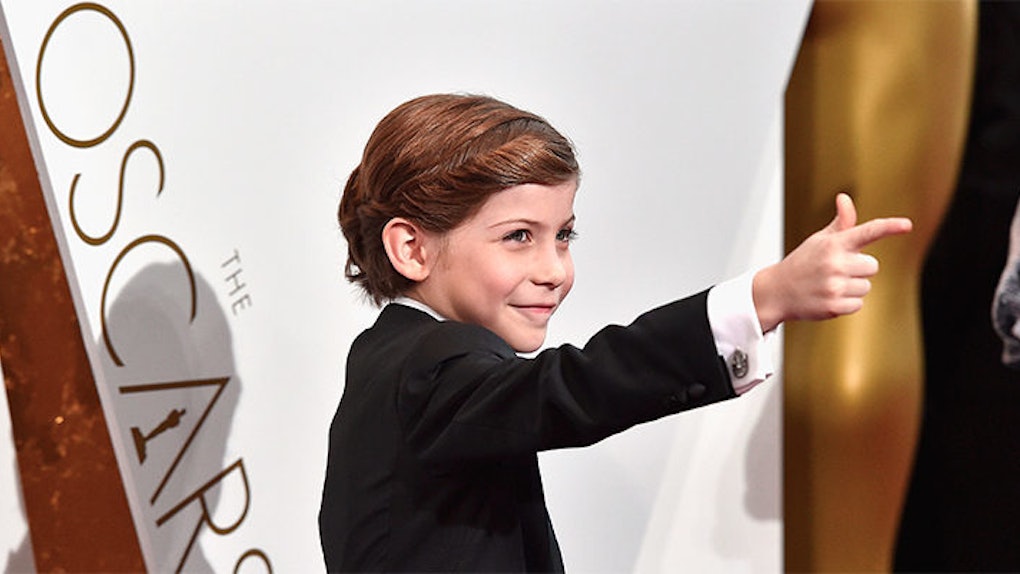 If you don't think Jacob Tremblay was the most adorable person at the 88th Academy Awards, then I can't really do anything to make you change your mind.

But you should know I STRONGLY disagree with you because that kid is damn cute.

I mean, he's 9 years old, he's an actor, he acted in a movie nominated for the Academy Award for Best Picture, he won a Broadcast Film Critics Association Award for Best Young Performer for that same movie, "Room," and he's Canadian. WHAT'S NOT TO LOVE!?

Yep, Jacob definitely brought his A-game in every way to this year's Oscars.

Check out a few of his most adorable moments from the Oscars below.

Did you wear a tuxedo when you were 9? Yeah, neither did I.

Even his surprise at the size of the ceremony is cute.

Is there anything cuter than coming to the Oscars with your parents? I can see where he gets his charm from though.

"What's it like to be at the Oscars from your perspective down here?" "Um, I can see lots of legs." Please, Jacob, you're too sharp to be interviewed by Ryan Seacrest.

Remember when you used to have childlike wonder like this?

If kids taking selfies with their award-winning co-stars isn't adorable, then I don't know what is.

He needed a box to reach the microphone to announce an award. Do I even have to explain how cute this is?

Never grow up, Jacob. You are already amazing as you are, and I'm sure it's only a matter of time until you show up at the Oscars nominated for an award.