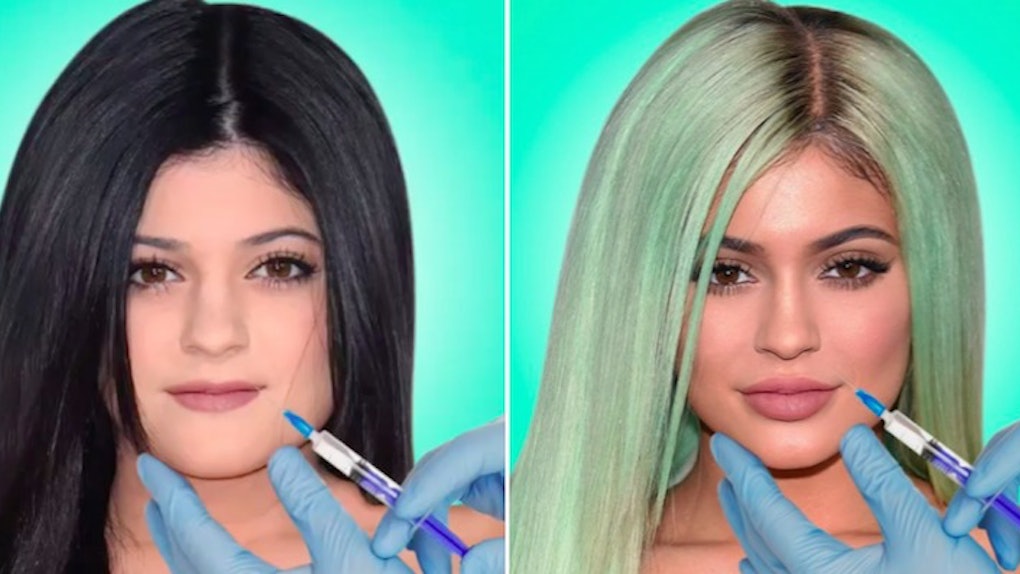 Insane Time-Lapse Videos Show Just How Much The Kardashians Changed

In her monologue kicking off last week's episode of “Saturday Night Live,” Amy Schumer referred to the Kardashians as a "whole family of women who take the faces they were born with as a light suggestion."

In a series of GIFs on Instagram titled “Pumping Up The Kardashians,” artist Saint Hoax covered the appearance evolutions of Kylie, Khloe and Kim, insisting in the caption for the latter,

Maybe it's a bit more than 'contouring.'

The differences certainly are striking, but the surgeon hands and syringe seem a bit harsh.

Perhaps I am just feeling butthurt, though, about facing the possibility that America's First Family does not share every last sordid detail of their lives with the fans who built their kingdom.

Check out the time lapses below.

Citations: These Time-Lapse Videos Show Exactly How Much the Kardashians' Faces Have Changed (Marie Claire)