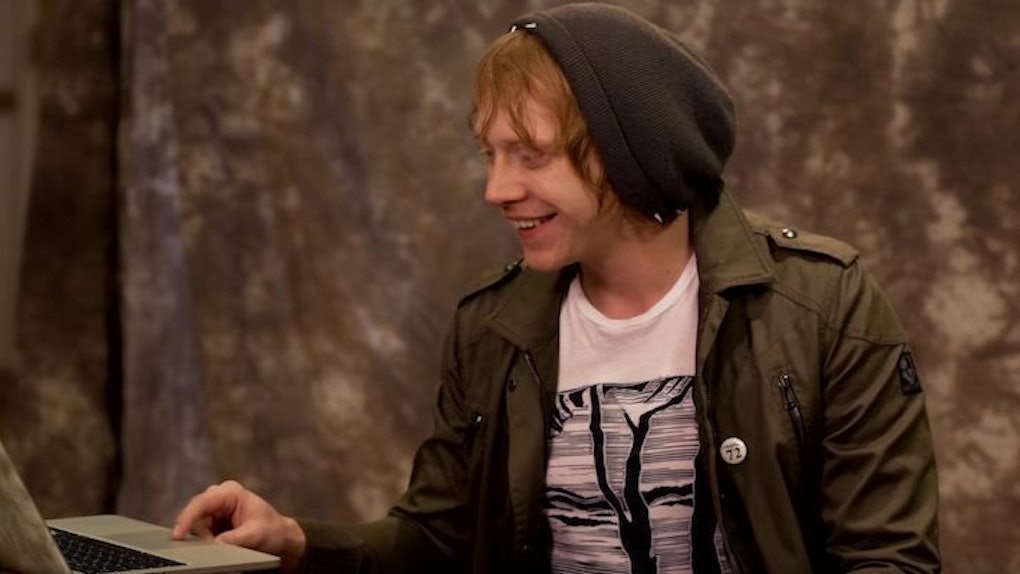 It's hard to believe it took this long to do it, but the "Harry Potter" cast finally got officially sorted by Sorting Hat.

Since the quiz is written by Queen J.K. Rowling herself, that's basically as close as you can get to a magical, all-knowing hat.

Not everyone got sorted into the same house as his or her character!

Rupert and Matthew got put into Hufflepuff, despite Ron Weasley and Neville Longbottom's Gryffindor pride, and Evanna got Gryffindor, though Luna Lovegood is a Ravenclaw.

Only Bonnie got the same house as her character, Ginny Weasley — Gryffindor, of course.

Pottermore also posted separate interviews with each actor, which you can find on their YouTube page. Poor Rupert was so sure that he would be in Gryffindor.

In the end, everyone was satisfied with their sortings. I mean, Rupert is such a Hufflepuff when you think about it.

Of course we get to see all these characters again in the new "Harry Potter" play, though the actors will be different.

Citations: Harry Potter Stars Get Sorted into Hogwarts Houses and Their Results May Surprise You (E! News)