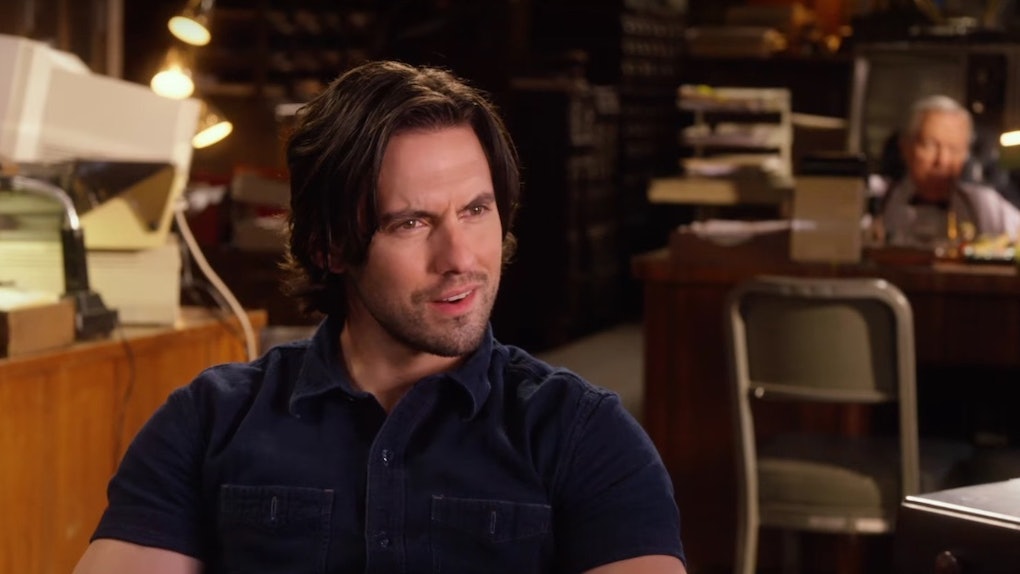 If you're a "Gilmore Girls" fan and you have your parents' Netflix password, you've probably been re-watching the series in preparation for the revival.

And while you were sitting on the couch, contemplating whether you hate yourself enough to let Netflix autoplay the next episode, perhaps you noticed something a little odd.

Um? What's up with Jess Mariano (Milo Ventimiglia) being the, admittedly ruggedly handsome but distinctly male, face on the "Gilmore Girls" thumbnail?

Look, Netflix. The name of the show is "Gilmore Girls."

Jess, though I love him, is neither a Gilmore nor a girl.

So why is he the face representing this entire show for those poor souls who have not yet been converted yet and are just scrolling through Netflix searching for something to watch?

Not only is this upsetting because it's disrespectful to Rory and Lorelai — aka the actual Gilmore girls whom the show is named after — but it also makes very little sense.

Netflix, you're really misleading new "Gilmore Girls" viewers who are clicking on that icon.

I can only imagine they are expecting to watch seven seasons of the brooding young man find himself through the power of human connection.

Fans, for their part, were not pleased to see Jess in place of Rory and Lorelai, however cute he may be.

Yeah, sorry Netflix. I love Jess and I love you for bringing back my favorite show, but why the heck would you advertise "Gilmore Girls" this way?

The thumbnail of the show should reflect the stars -- Rory and Lorelai, two strong, complex female leads -- just as the goddess Amy Sherman-Palladino intended.

Hopefully Netflix does better with the  "Gilmore Girls: A Year in the Life" thumbnail when the revival starts streaming on November 25.

Citations: Why Does Netflix Think Jess Is the Lead Character In Gilmore Girls? (Cosmopolitan)