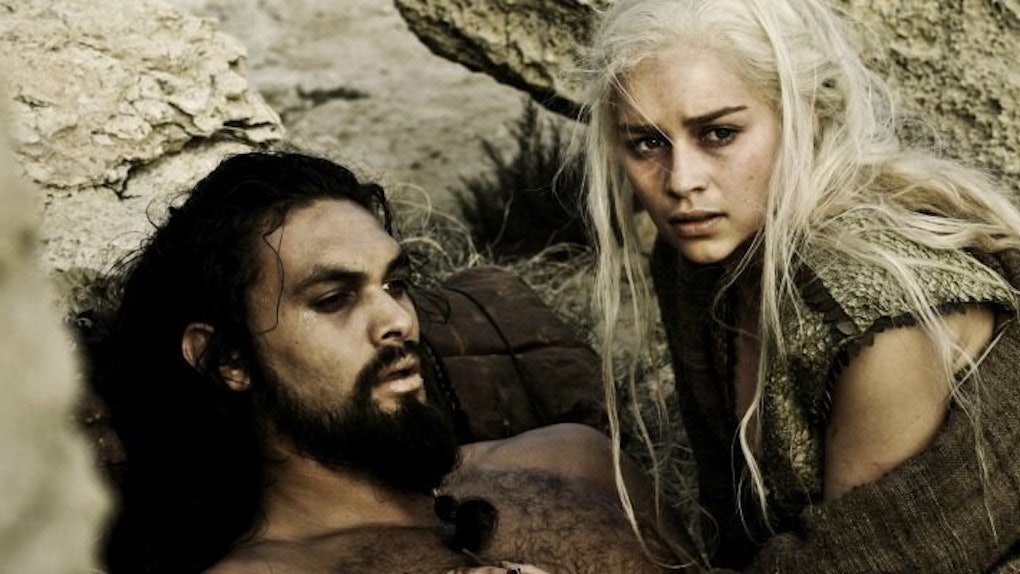 With Daenerys Targaryen reuniting with the Dothraki in season six of "Game of Thrones," we got a brief mention of an influential figure from way back in season one: Khal Drogo, who was married to Dany for a short while.

And even though Drogo hasn't been around in a few years, that doesn't mean Jason Momoa, the actor who played Khal Drogo on "GoT," isn't still interested in how his former wife is doing.

At the end of the season six finale, "The Winds of Winter," Dany and her army finally started to make their way toward Westeros, ready to challenge for the Iron Throne. And according to his Instagram, Khal Drogo was watching.

The world is yours baby kill em all.

So many heart emoji feels.

In addition to voicing his support for Dany's quest to take the Iron Throne, Khal Drogo also threw some major shade at one of the more recent members of the friend zone, Daario Naharis.

Maybe someone's a little jealous of the romance Dany and Daario have shared over the years.

And lest you think Khal Drogo only tuned in for the season six finale, here are a few more Instagram posts the big man has put up centered on "Game of Thrones."

Citations: Khal Drogo Had the Perfect Response to That Epic Daenerys Scene (Cosmopolitan)