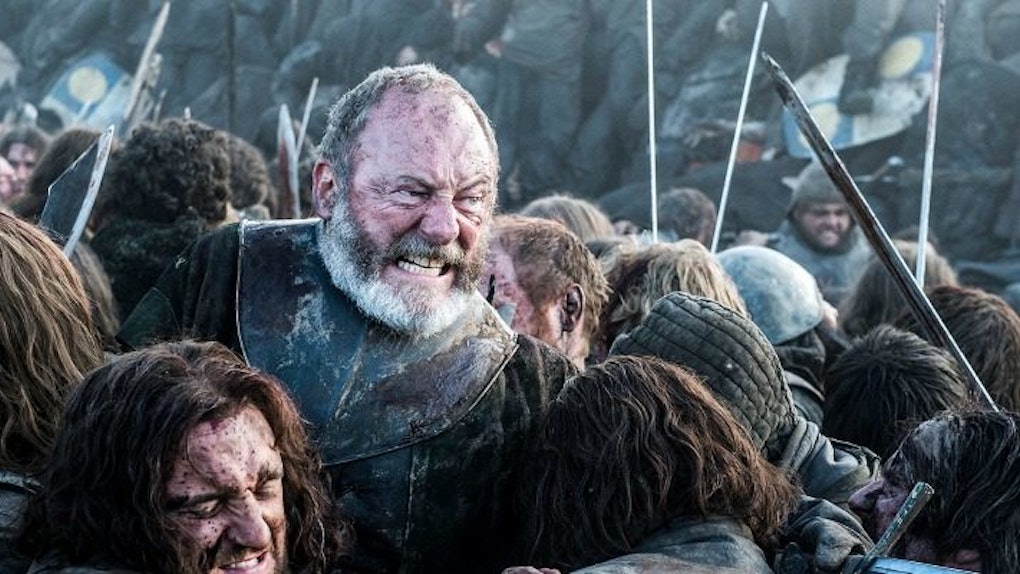 Is Sansa Stark Pregnant on 'Game Of Thrones'?

The most popular "Game of Thrones" theory making the internet rounds at the moment holds Sansa Stark is in fact pregnant with Ramsay Bolton's child.

The notion of Sansa being pregnant with Ramsay's child initially started right after the episode "Unbowed, Unbent, Unbroken" in season five of "Game of Thrones," when Ramsay raped her on their wedding night.

That noise died down as other plot lines stole the spotlight, but thanks to Ramsay Bolton's final conversation with Sansa before his death, the pregnancy rumors started heating up like never before.

At the end of the "Battle of the Bastards," right before his hounds ate him to death, Ramsay told Sansa she couldn't kill him because he's a part of her now.

Naturally, "GoT" fans took this to mean Sansa is pregnant.

In a recent interview with Refinery29, though, Iwan Rheon, who played Ramsay on "Game of Thrones," appeared to shed some light on whether or not the above theory is true.

He claimed he wasn't sure how Ramsay could be certain Sansa is pregnant, but then told fans we'd have to wait until next season to find out.

Ain't nobody trying to wait for answers.

Thankfully, another "Game of Thrones" actor has weighed in on the controversy with a more definitive answer.

Unless he's got one of those 'Game of Thrones' pregnancy sticks, [Ramsay's] not gonna know [that Sansa is pregnant]... I think he's saying he's put himself into her head. That's what I took from it. She's never gonna get rid of him because of what he's done to her.

I mean, this is certainly plausible. Ramsay is a tormentor, both physically and psychologically, so it would make sense he would try and mess with Sansa until the very end.

Citations: Actor Who Plays Davos Seaworth On 'Game Of Thrones' Left A Hot Dookie On A God-Awful Theory Fans Won't STFU About (BroBible)