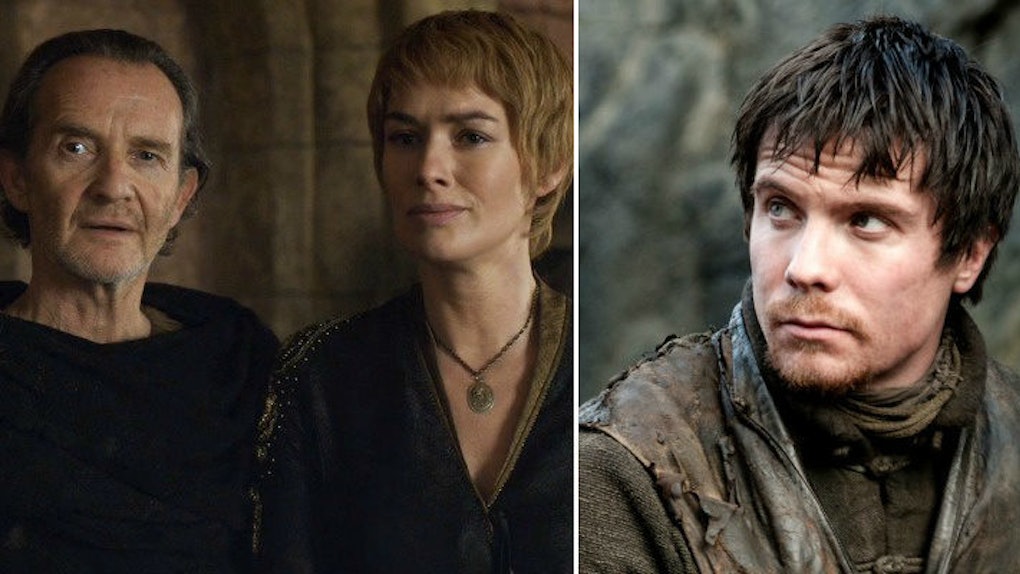 Season six, episode eight of "Game of Thrones" was widely regarded as extremely disappointing. Luckily, though, the look ahead to episode nine, "Battle of the Bastards," has everyone losing their minds in anticipation of an epic showdown between Jon Snow and Ramsay Bolton.

However, according to this new theory on Reddit, it appears the "Battle of the Bastards" could be about four bastards, not just two.

I know, the promo for episode nine makes it look like Sunday is going to be solely about one crazy-ass battle for Winterfell, but according to Reddit user Geicho, the "Battle of the Bastards" has a double meaning.

In episode eight of "Game of Thrones," you'll recall Cersei asking Qyburn about something his "little birds" were supposed to check into. Qyburn replies by saying there is "more, much more" than they expected.

As Geicho points out, many viewers understood that conversation to pertain to the quantity of wildfire located underneath King's Landing, but this theory holds that conversation was about our long-lost oarsman, Gendry.

Geicho theorizes Cersei, having just been told by Qyburn Gendry is alive, will reveal Tommen is her and Jaime Lannister's bastard son, and thus an illegitimate ruler of the Iron Throne.

Remeber, Tommen just outlawed trial by combat, which means Cersei is pretty much out of ideas in terms of defending herself.

According to this theory, in addition to revealing Tommen is a bastard, Cersei will also inform everyone Gendry, Robert Baratheon's bastard, is the rightful heir to the Iron Throne.

So, if you buy this pretty convincing theory, the "Battle of the Bastards" will be between Jon Snow and Ramsay Bolton, as well as Tommen and Gendry.

It's unclear if this move would save Cersei's skin, but what other options does a desperate woman have?

Is it Sunday yet?