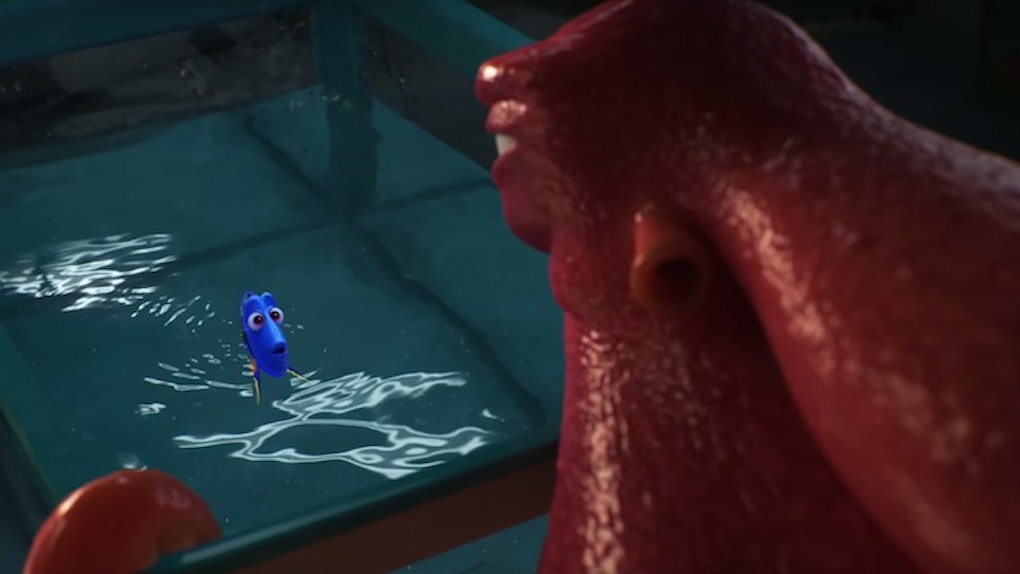 Ellen DeGeneres Said There Is A Transgender Character In 'Finding Dory'

It may be too early to make this call, as it has yet to actually reach theaters and we've literally only seen a handful of trailers, but I will go on record saying “Finding Dory” is a flawless movie that will change the world forever.

We are three days away from the second installment of Pixar's “Finding…” series hitting theaters and it's already causing major WAVES (pun 10,000 percent intended) in the media. Aside from the fact this is arguably the most anticipated CGI movie to be released in recent memory, the film has been applauded (and rioted against) for potentially being used as a platform to push a pro-LGBTQ agenda.

This is all based on a two-second segment of the trailer that may or may not feature a lesbian couple with a child at the aquarium.

(The segment in question is at the 1:07 mark in this "Finding Dory" trailer)

Ellen DeGeneres, who voices Dory, addressed the question of a lesbian couple in a movie during a recent interview, saying,

I don't mind the question and I don't know if it's true or not. I don't know if it is or if she just has a bad short haircut, you know? Who knows if she's a lesbian. Actually, I'll tell you a little secret. There is a stingray that is becoming “sting-ronda,” so there is a trans-sting in the movie.

So the movie may or may not have a lesbian couple, but I have all the confidence in the world it will be the movie of the year.

Update: Turns out Ellen was joking, as comedians often do, about the new character. Even without Sting-Ronda, go see "Finding Dory" on June 17.