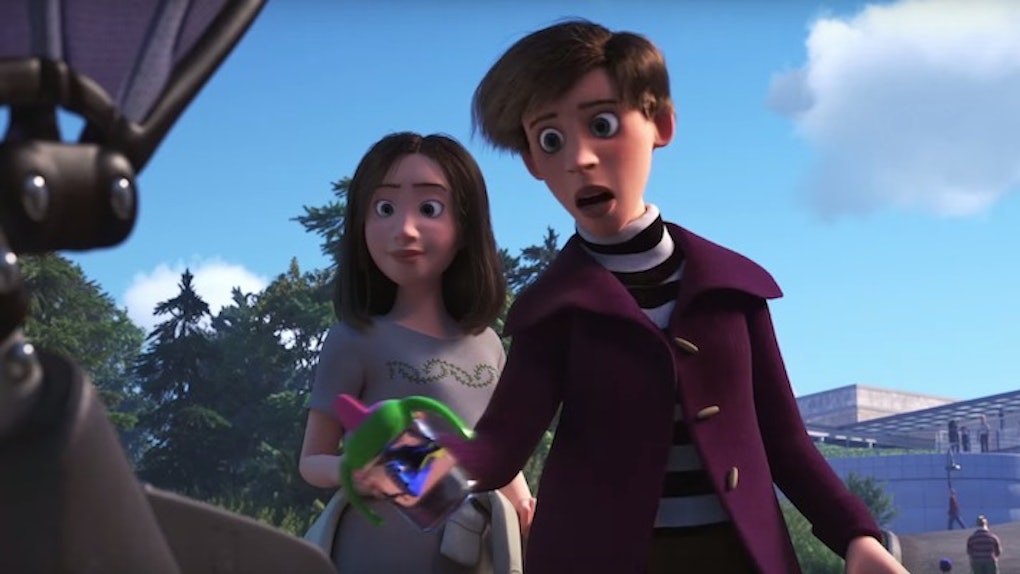 Well, I guess it IS possible to like the “Finding Dory” trailer even more.

Take a moment and watch the “Finding Dory” trailer. REALLY watch it. Did you notice anything different? Probably not. It was subtle and for only like two seconds, but it 100 percent for sure happened.

Watch it again but REALLY watch at 1:07.

YUP! TWO WOMEN WITH A BABY! “FINDING DORY” COULD BE THE FIRST PIXAR FILM TO FEATURE AN LGBT COUPLE!

OK, let's back up for a second and analyze a few things.

First off, this is ALLLL speculation. All we see right now are two women standing next to each other. They could be friends, cousins, book club ENEMIES, baristas in barista school on barista break, two strangers, etc. You get it. They could be anything.

Secondly, EFFING FINALLY, if it's true. Aside from a split-second hint at a gay couple in “Frozen,” the LGBT community has yet to be featured in any major-market animated movie (minus “Frankenweenie”).

The Internet clearly has been waiting for this.

Citations: The Trailer for Finding Dory Might Show a Lesbian Couple (Esquire)