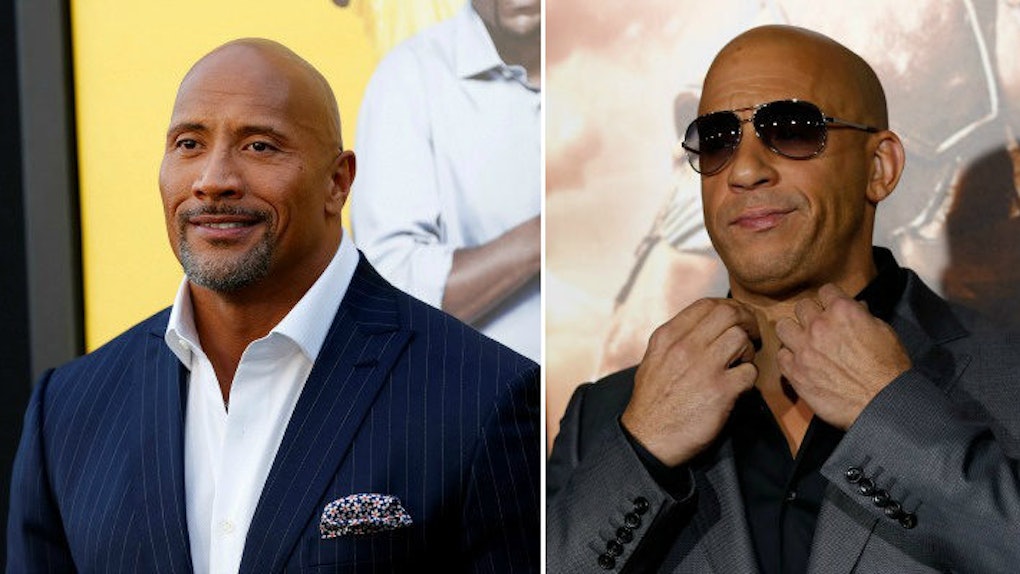 On Monday night, The Rock called out his male co-stars from "Fast 8" in a massive Instagram rant.

He called them "candy asses" and said some of them are "too chicken shit do anything about it anyway."

Where I come from, those are definitely some fighting words. But who exactly is The Rock planning on fighting?

On Tuesday, The Rock's "Fast 8" co-star Tyrese Gibson reportedly said he wasn't the one The Rock was talking about in his Instagram rant. In a now-deleted Instagram post, the man who plays Roman Pearce in "The Fast and the Furious" franchise reportedly wrote,

Does any of us know why bro decided to jump out there with his post? No...... Would one assume that IF he's going to jump out there and generalize and say 'Male Co-Stars' he would be more clear and call out names??? Of course he should of. Let me calm you guys all the way down........ I don't know WHO he has a problem [with] and I don't have any details of WHAT those problems are -- as a matter of fact if I DID know I would tell you shit!!!

So, Rome is out, but it looks like Vin Diesel, who plays Dominic Toretto, could definitely be the male co-star The Rock is feuding with right now.

According to TMZ, Vin Diesel and The Rock have been beefing during the filming of "Fast 8," and The Rock was absolutely calling Vin out in his social media post.

Apparently, at least part of the feud stems from the fact Vin Diesel is a producer on "Fast 8" and made moves The Rock didn't really approve of.

The Rock and Vin Diesel reportedly met Tuesday to hash out the issues, but it's unclear if the two have reconciled their differences.

I don't know about you, but I'm still beyond pumped to see "Fast 8" in theaters once it comes out.