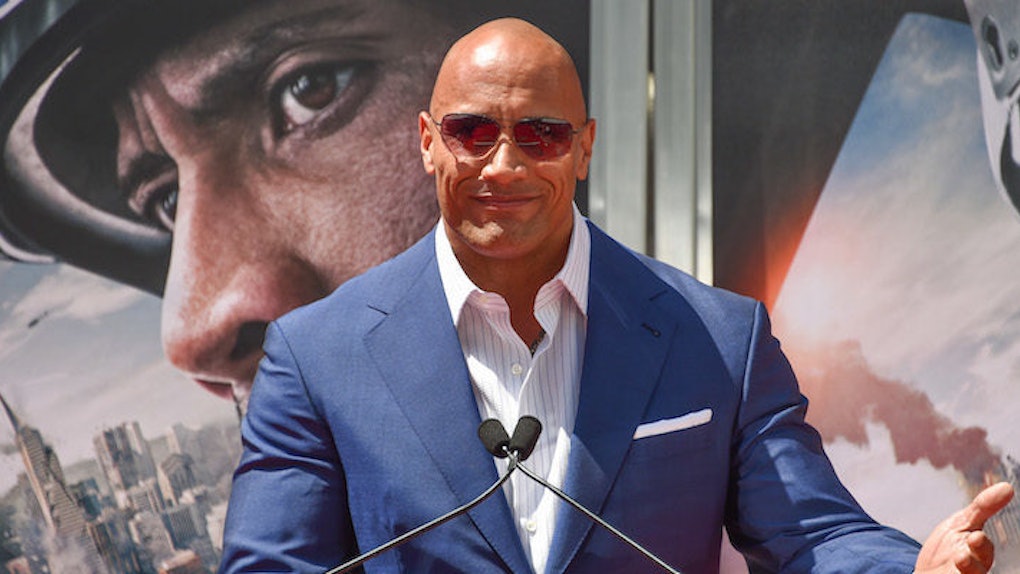 I will not stand for this. I will fight you. If you get on the bad side of Dwayne "Literal Ray of Sunshine / The Rock" Johnson, you must be some kind of monster.

I don't know which one of you did it, but when I find out, I will NOT hold back on passive aggressive Twitter harassment, you hear?!

Basically, on Monday night, The Rock posted a heated status on Facebook and Instagram calling out his male co-stars in "Fast 8" for being unprofessional "candy asses."

It's not clear which male co-stars he has beef with or what they did, but it must have been bad to get The Rock this riled up.

This is my final week of shooting 'Fast & Furious 8.' There's no other franchise that gets my blood boiling more than this one. An incredible hard working crew. Universal Studios Entertainment has been great partners as well. My female co-stars are always amazing and I love 'em. My male co-stars however are a different story. Some conduct themselves as stand up men and true professionals, while others don't. The ones that don't are too chicken shit to do anything about it anyway. Candy asses. When you watch this movie next April and it seems like I'm not acting in some of these scenes and my blood is legit boiling -- you're right. Bottom line is it'll play great for the movie and fits this Hobbs character that's embedded in my DNA extremely well. The producer in me is happy about this part. Final week on 'FAST 8' and I will finish strong.

(My favorite part of this is he tries to play it off as just being praise for the movie. Dwayne. C'mon. We all know shit talk when we see it.)

I seriously have to know what happened to cause The Rock — who is usually so friendly — to blatantly make a call-out post like this.

At least we know it's not Charlize Theron or Helen Mirren who pissed him off.

(Personally, my money is on Ludacris or Vin Diesel because you'd either have to be crazy or hella jacked to get on The Rock's bad side.)

Mr. Rock, if you ever need me to take down some candy asses with my words, please call me.