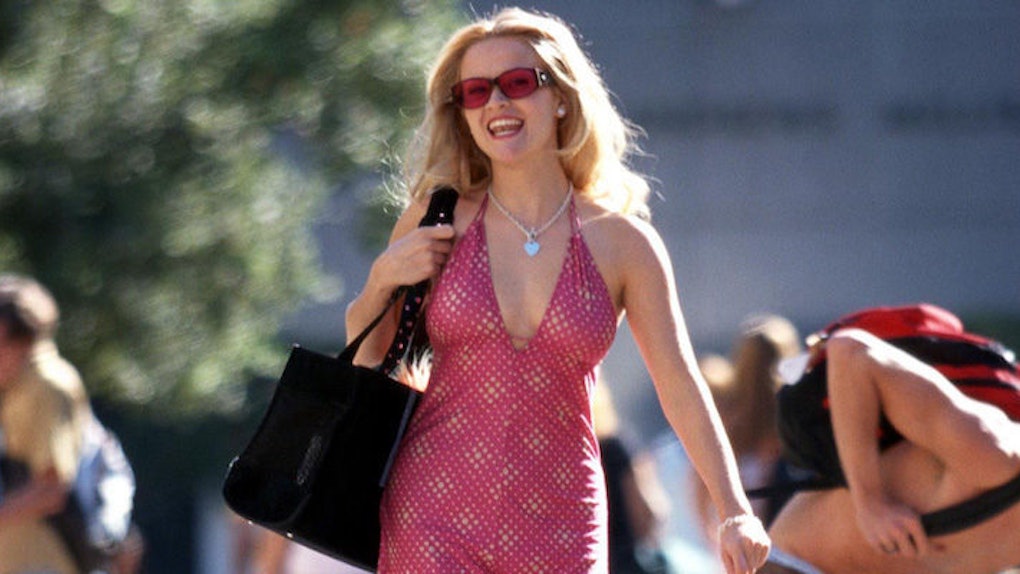 Reese Witherspoon Hinted There May Be A New 'Legally Blonde' Movie

Everyone needs to brush up on their bend and snap because there's a possibility a new "Legally Blonde" movie is coming.

In a Facebook Live interview at the LA Facebook office on Thursday, Reese Witherspoon said a return to Elle Woods was something she was "thinking about."

A lot of people have asked me if we're going to make another Legally Blonde, and we're thinking about it.

Since then we haven't really heard any sequel talk, but we did get a Broadway musical adaption in 2007.

Look, even though I wasn't a huge fan of the sequel, I'm definitely ready to check back in with Elle Woods. What is she up to now? Maybe she's a law teacher at Harvard herself?

There would be one sad thing about this potential sequel: Bruiser the dog is no longer with us. Back in March, it was reported Moonie, the Chihuahua that played Elle Wood's dog, died.

You will be missed, Bruiser Woods.