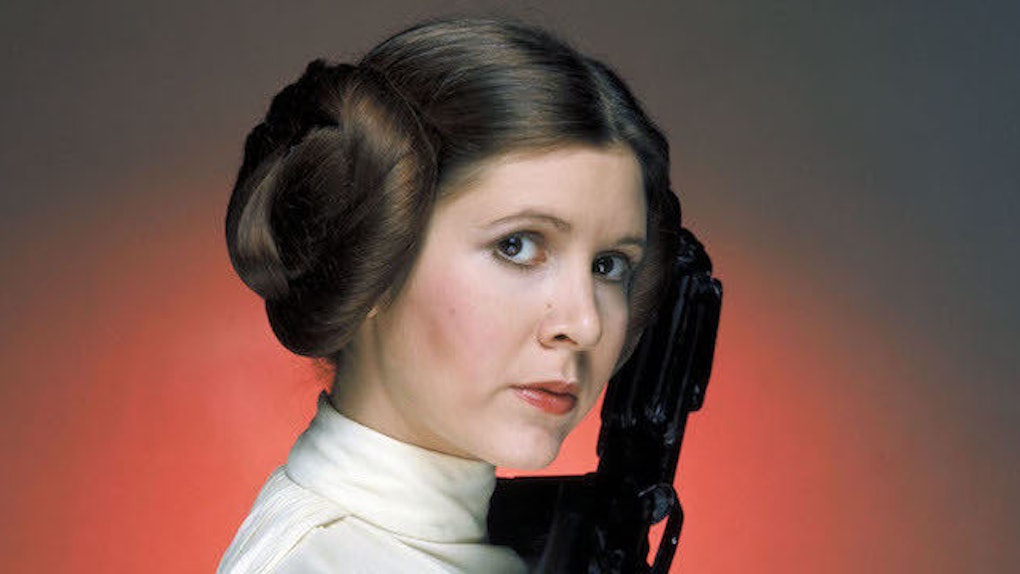 How Will Disney Fill Carrie Fisher's Role In "Star Wars"?

Carrie Fisher left behind a lot when she died suddenly at the age of 60 last week — including a tough decision for Disney.

Write Leia out of the new "Star Wars" films or use CGI technology to keep her in?

Among the devastated family, friends and fans around the world reacting to such a tragedy, the question of how Disney will keep making money seems like an insensitive one.

But it's nevertheless a question that "Star Wars" creators must face.

Though she did not have as large of role as her on-screen husband, in 2015 Carrie Fisher reprised her iconic role as Princess Leia, now General Leia Organa.

Because of the extreme secrecy around the scripts, it's unclear which films these scenes will be in. The report from The Hollywood Reporter suggests Leia has a larger role in "Episode IX," however.

"Episode VIII" has wrapped up shooting, and it seems likely "Episode IX" will begin shooting next year.

So, assuming the script for "Episode IX" has already been written — which also seems very likely — the writers now face a choice.

Redo their script to write out Leia? Or keep their original plan, and use CGI for the important Leia scenes?

"Stars Wars" recently went the postmortem CGI character route when "Rouge One" did it with Peter Cushing, to a mixed response from fans.

And they already CGI-d Carrie Fisher once, also at the end of "Rogue One" — though a much younger Carrie Fisher.

So the groundwork has certainly been lain for a CGI Leia.

But is it the right thing to do?

Carrie Fisher often spoke about how uncomfortable she was with George Lucas owning her image. And it feels wrong somehow to do this, when she's not around to grant permission.

However, as Ben Child of The Guardian points out, there is a law in California that says studios are required to get permission from the estate of the public figure who died to use their image, for up to 70 years after death.

Meaning the decision might come to Carrie's family on whether or not to loan out her image.

We can only assume the family would do what they know Carrie would have wanted.

Citations: Disney's dilemma: digitally resurrect Carrie Fisher or write her out of Star Wars? (The Guardian)