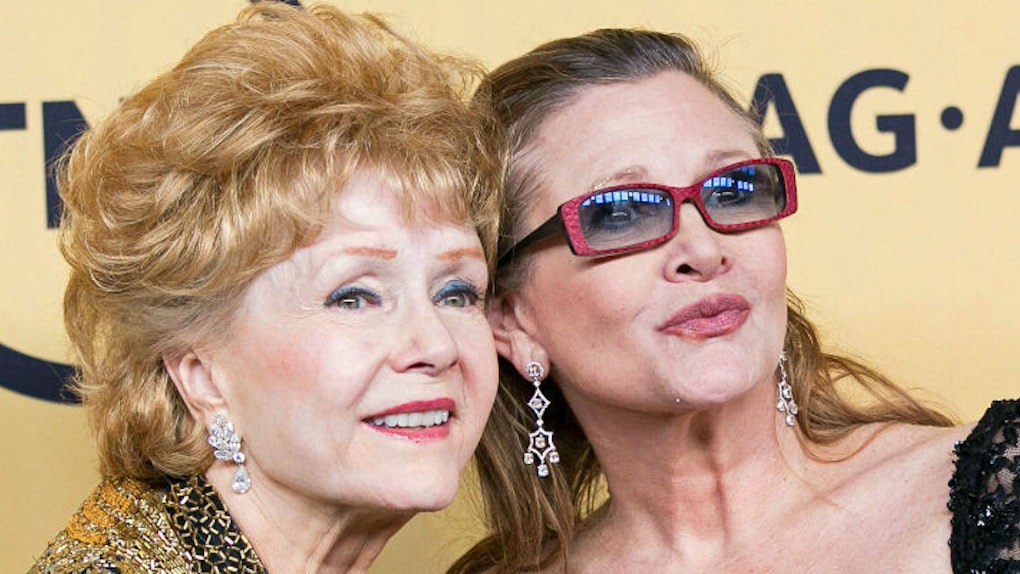 Debbie Reynolds, who was best known for her roles in "Singin' in the Rain," "The Unsinkable Molly Brown" and "Halloweentown," died on Wednesday following a stroke.

This sadly comes just one day after the legendary actress lost her own daughter, fellow actress and writer Carrie Fisher, due to cardiac arrest. Fisher was only 60 years old.

Her son, and Fisher's brother, Todd called 911 shortly after 1 pm from his Beverly Hills home, and Reynolds was taken to the hospital.

According to TMZ, Reynolds and Todd were in the process of planning Carrie's funeral.

She was the girl next door, but her characters always stood up for themselves.

The studio Reynolds signed a 20-year contract with, MGM, insisted that Reynolds play the romantic lead in "Singin' in the Rain."

Gene Kelly trained her. She once told an interviewer,

They took this virgin talent, this little thing, and expected her to hold her own with Gene and with Donald O'Connor, two of the best dancers in the business.

She acted into her 80s, appearing on "The Golden Girls" and earning an Emmy nomination in 2000 for a recurring role on "Will and Grace."

Reynolds was well known for her philanthropy. For over 60 years, she worked with the Thalians, a charitable organization, to focus on mental health care. She was a founding member of the group in 1955.

Her daughter was often vocal about her own battles with mental health.

Carrie's semi-autobiographical book "Postcards from the Edge" focused on their mother-daughter relationship. It was adapted into a film starring Meryl Streep and Shirley MacLaine.

They were fiercely close, though their relationship was sometimes turbulent.

Todd said after his mother's death,

She wanted to be with Carrie.

Reynolds was 84. She is survived by her son Todd and her granddaughter, Carrie's daughter, Billie Lourd.