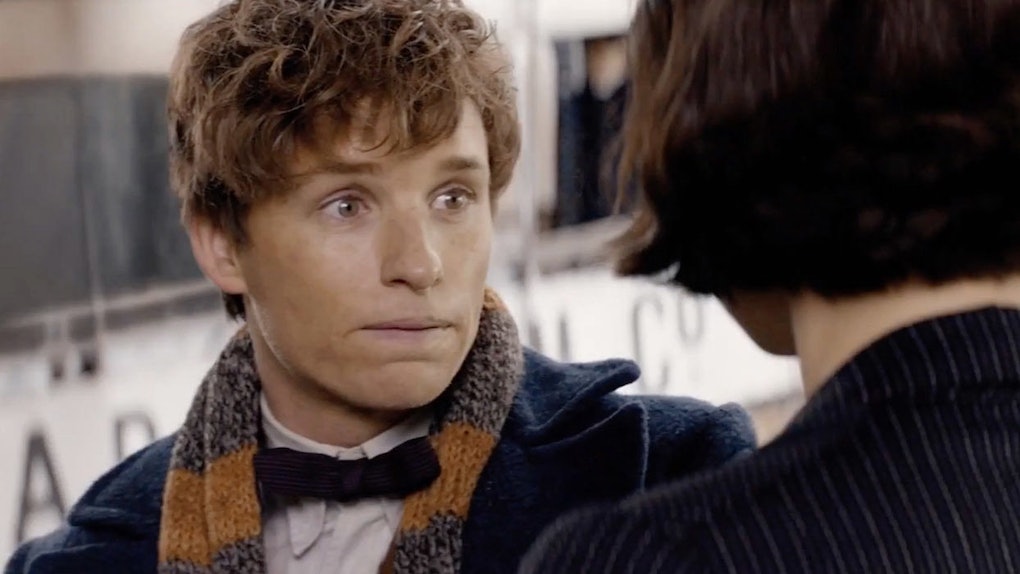 Newt Scamander Is On Maurader's Map In 'Harry Potter' Film

Soooo, according to the Marauder's Map in "Harry Potter and the Prisoner of Azkaban," Newt Scamander was at Hogwarts in Harry's third year.

Let me repeat that.

Newt Scamander, who now has his own spinoff film franchise, "Fantastic Beasts and Where to Find Them," is seen on the Marauder's Map in the third "Harry Potter" film during the scene when Fred and George give Harry the map.

This discovery was made by an eagle-eye fan on Twitter, and confirmed by several other fans who went back and checked the scene for themselves.

Unfortunately, you'll have to check your DVD if you want to see it for your own eyes because YouTube clips are too low-quality to see the names on the map.

But in case you need a reference point, here's the scene fans are saying they see it in:

(Again, it's too low-quality to make out in this clip.)

So, what does this mean?

Well, the first explanation could be it was just an accident.

This mention of Newt is only in the film, not the book, so it seems very possible his name was just chosen by someone on the graphics team looking for wizard names to go on the map.

Newt has been a name in the Potter universe since the very first book, when Harry buys the textbook "Fantastic Beasts and Where To Find Them" by Newt Scamander.

Another explanation could be JK Rowling always had a story in her head for Newt, and we're just now hearing it with the "Fantastic Beasts" films.

After all, it seems likely that the graphics team would go to JKR to get some names for the map.

And if that's the case, will we ever find out why Newt was in Hogwarts during Harry's third year in 1993?

Maybe he's a ghost! Maybe he's meeting with Dumbledore about something! (Since we know Dumbledore is in the next "Fantastic Beasts" film, it seems likely they are friends.)

Maybe he's geeking out over beasts in the forest with Hagrid!

There are four more "Fantastic Beasts" films to come, and JK Rowling has said the fifth film will take place in 1945 (the year Dumbledore defeats Grindelwald).

So unless we get a flash forward or a Rowling tweet, we may never know.

Citations: Newt Scamander Was In "Prisoner Of Azkaban" This Whole Time And You Didn't Even Notice Read more at http://www.pop-buzz.com/pop-culture/newt-scamander-harry-potter-marauders-map/#exhXPPUWjILwtJ6a.99 (PopBuzz)