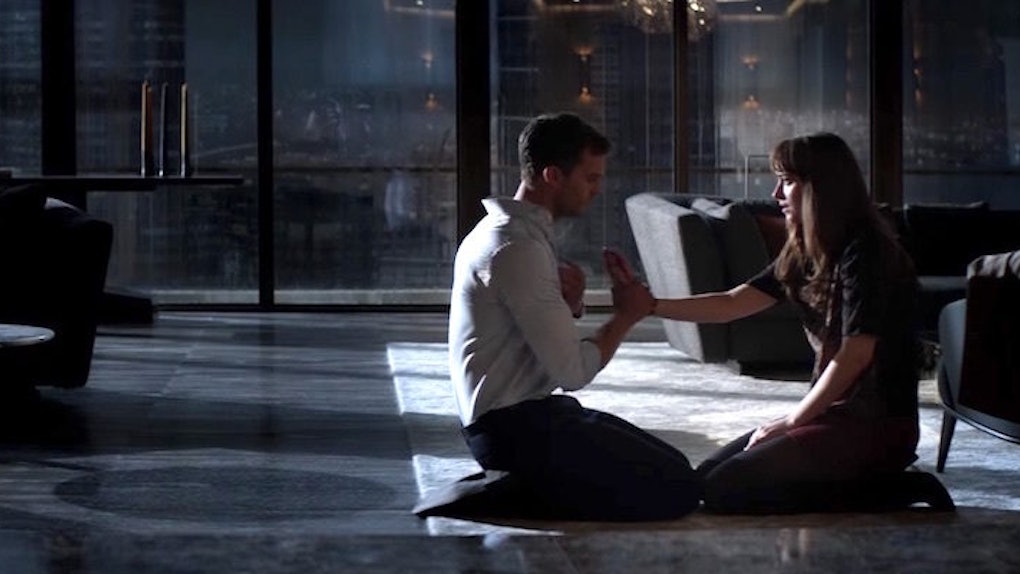 Wow, this "Fifty Shades Darker" movie is going to have EVERYTHING.

You've got your shower sex, your gym sex, your fancy gala sex and even your good ol' fashioned bed sex. (It's an oldie but a goodie.)

Seriously, Anastasia Steele (aka Dakota Johnson) and Christian Grey (aka Jamie Dornan) are not screwing around in this "Fifty Shades of Grey" sequel.

Well, OK, poor choice of words — they clearly very much ARE screwing around.

Like the first trailer, this second preview teases us with all kinds of sexy shenanigans and more.

Miguel's cover of Beyoncé's "Crazy in Love," along with some creepy visions Ana seems to be having, gives the whole thing a sexy horror movie vibe, and honestly, I'm digging it.

Christian is trying to get Ana back, and quite frankly, it doesn't seem like Ana is trying very hard to resist him.

Once again, we get plenty of nice, lingering shots of Jamie Dornan's bare chest, which is never a bad thing.

Dakota Johnson certainly seems to be appreciating it.

We got a glimpse of that heart-wrenching scene from the book where Ana and Christian finally, truly open up to each other.

*Clutches chest and sighs.* So messed up, and yet, somehow, still so romantic.

The sequel film is helmed by director James Foley (who directed a handful of "House of Cards" episodes), which is a change from "Fifty Shades of Grey" director Sam Taylor-Johnson (known for "Nowhere Boy").