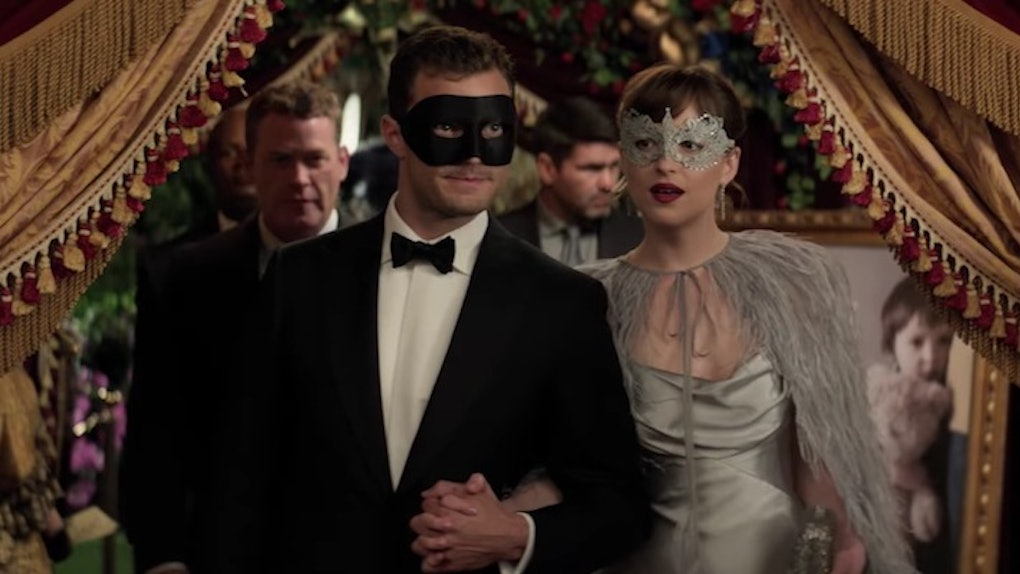 This 'Fifty Shades Darker' Update Will Make You Want To Strip

Since the steamy “Fifty Shades Darker” trailer dropped a couple of months back, we've all been eagerly anticipating Christian Grey and Anastasia Steele's unparalleled romance to grace movie theater screens once again.

The trailer for the upcoming “Fifty Shades” film is super intense, a complete and utter emotional roller coaster and downright arousing AF (not surprised there).

The oh-so-sexual Christian Grey appropriately played with our, and Anastasia's, heartstrings throughout the first “Fifty Shades Of Grey” movie.

To be honest, Christian's hotness is a tad overwhelming.

And it seems like we can certainly expect a lot more of where that came from in the sequel, with a little bit of shower sex, seductive masks and fireworks thrown up into the mix.

OH, and one of Christian's ex-girlfriends who is pretty much stalking Anastasia.

UMMMM… for real though, this chick is super creepy in the trailer. I'd really recommend staying the heck away from her that's for sure.

Today, we have a new, juicy update about the highly-anticipated movie. Try to keep it together, peeps, because fair warning; You'll probably want to take all of your clothes off.

The first “Fifty Shades” movie was rated R because of its “strong sexual content including dialogue, some unusual behavior and graphic nudity, and for language.”

Unfortunately, we still have to wait until Valentine's day for the real deal (UGH SO FAR AWAY). Until then, we can live vicariously through the thought of being reunited with Mr. Grey's shirtless self, flaunting his perfect biceps and abs like it's his job.