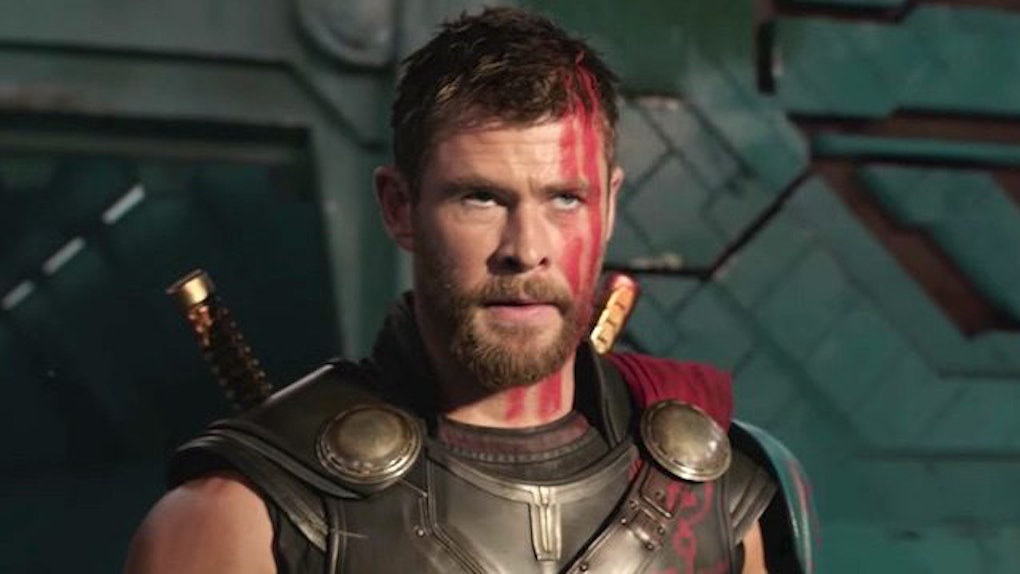 The first "Thor: Ragnarok" trailer is here, and Chris Hemsworth is back in his armor.

He's got his hammer, he's got his Asgardian god status and he's even got his brother, Loki (who is apparently not dead).

But one thing is not quite the same: Thor's long, beautiful golden locks are gone.

We knew this tragedy was coming, thanks to earlier released movie photos, but the teaser trailer that dropped Monday confirms it.

The third standalone "Thor" film seems to be taking on a slightly different tone than the first "Thor" or its sequel, "Thor: Dark World."

Perhaps taking a page from "Guardians of the Galaxy's" book, the whole thing has a distinctly punk vibe, with bright colors and Led Zeppelin's "Immigrant Song" playing over top.

So let's walk through this, shall we?

We start off with the Thor we know and love, with his beautiful long hair.

Meanwhile Idris Elba is out and about doing...something.

As is Loki, aka Tom Hiddleston.

Jeff Goldblum is some kind of punk-pop Roman emperor.

(He still looks hot, though.)

Thor's forced to battle a competitor, who turns out to be the Hulk.

Then we have the funniest moment in the trailer: "He's a friend from work!"

I gotta hand it to the writers, calling the Avengers "work" is comedy gold.

Unfortunately, it doesn't seem like Hulk is in the mood to spare his work colleagues.

Overall, this teaser trailer has left me cautiously optimistic about the next "Thor" installment.

A "Guardians of the Galaxy" copycat that lets Chris Hemsworth live up to his full comedic potential? And Jeff Goldblum wears eyeliner?

I am so here for that.