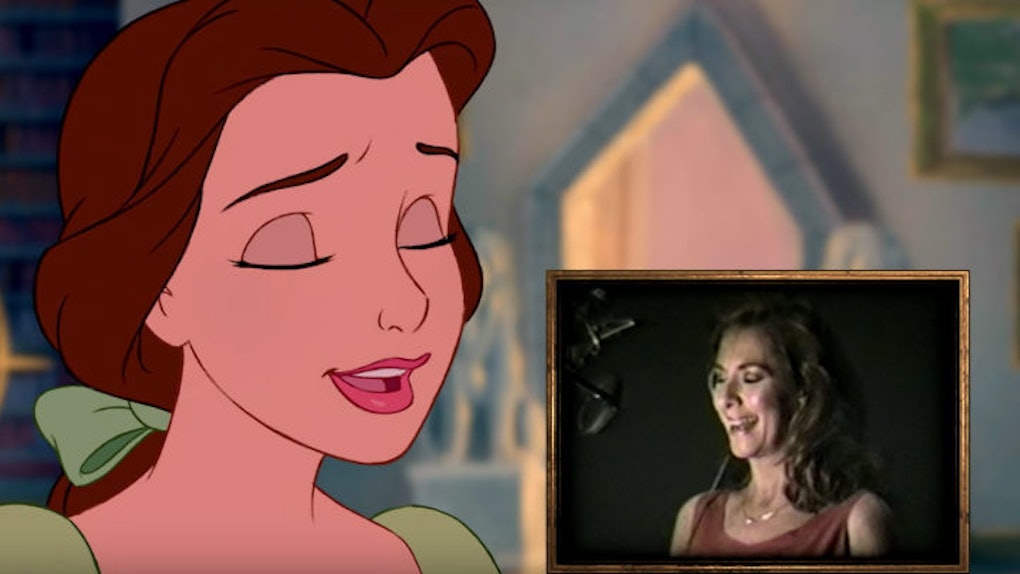 With Emma Watson's live-action "Beauty and the Beast" on the way and the film's 25th anniversary, Disney has just released the original cast singing "Be Our Guest" in the recording studio.

How weird is it to see such iconic character voices coming out of their human bodies?! It's unnatural! But also really, really magical.

Just getting to see Angela Lansbury bust out her singing chops is more than a delight, but seeing Paige O'Hara as Belle reacting to the gift of the Beast's library is mind-blowing.

Seriously, it is giving us all the feels.

We can all agree that "Beauty and the Beast" is the best Disney movie, right? Belle was so smart and didn't care what the Beast looked like. Plus, the supporting cast is by far the most enchanting.

Although, I'm not sure I'll ever get the image of a candlestick seducing a feather duster out of my head...

You can catch more behind the scenes footage on the newly released 25th Anniversary Edition or wait until it's released on Blu-Ray on September 20.

Citations: Here's Footage Of The Original “Beauty And The Beast” Cast Recording “Be Our Guest” And OMG (Buzzfeed)