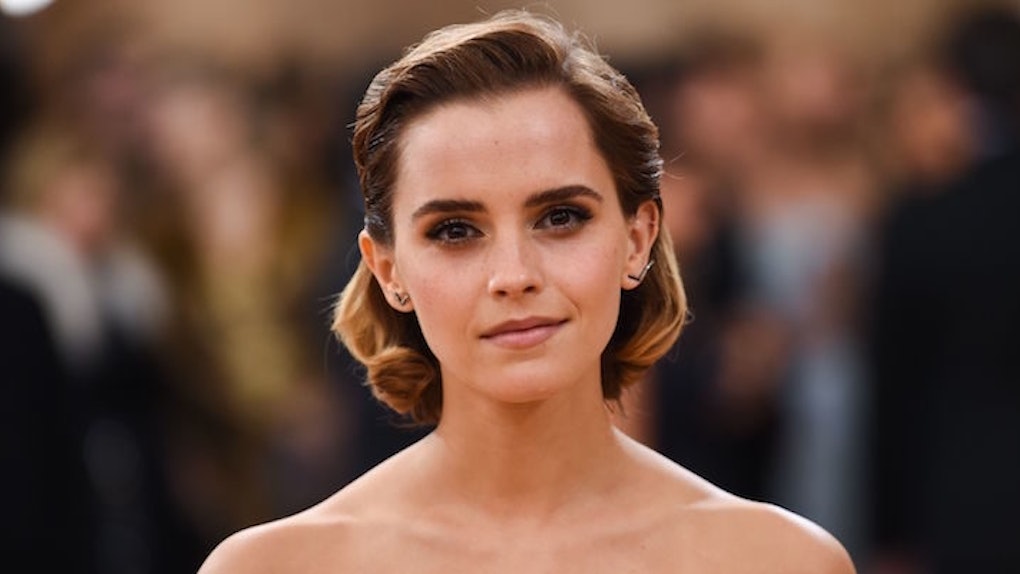 Emma Watson's costume for “Beauty And The Beast” was just revealed and WHOAAAAAA MAMA DOES IT… look exactly as you would expect it to look.

In March of next year, we're all going to be gifted with a brand new, live-action “Beauty And The Beast” movie starring Watson alongside Ewan McGregor and Ian McKellen and Lumiere and Cogsworth.

Early sketches of Watson's dress from the upcoming movie were released, and there is definitely an added modern flair to her costume.

Right off the bat, it looks like her hair is more realistic (presumably because Emma Watson is not a cartoon) and her dress is authentically more peasant-ish (this is the part where you should probably realize I know nothing about fashion).

Her shoes DO look more comfortable, though, and she's wearing socks, which means her feet probably don't smell terrible like old Belle's un-sock'd feet did -- leather shoes straight on your feet skin? Please.

Aside from that, it's pretty much what you'd expect.

What I like most about this, though, is it's not absolutely terrifying like Disney's modern take on Lumiere and Cogsworth.

Please send all small children out of the room before you look at these two.

Citations: Emma Watsons Opening Costume in Beauty and the Beast Is Way Edgier Than the Original (Glamour)