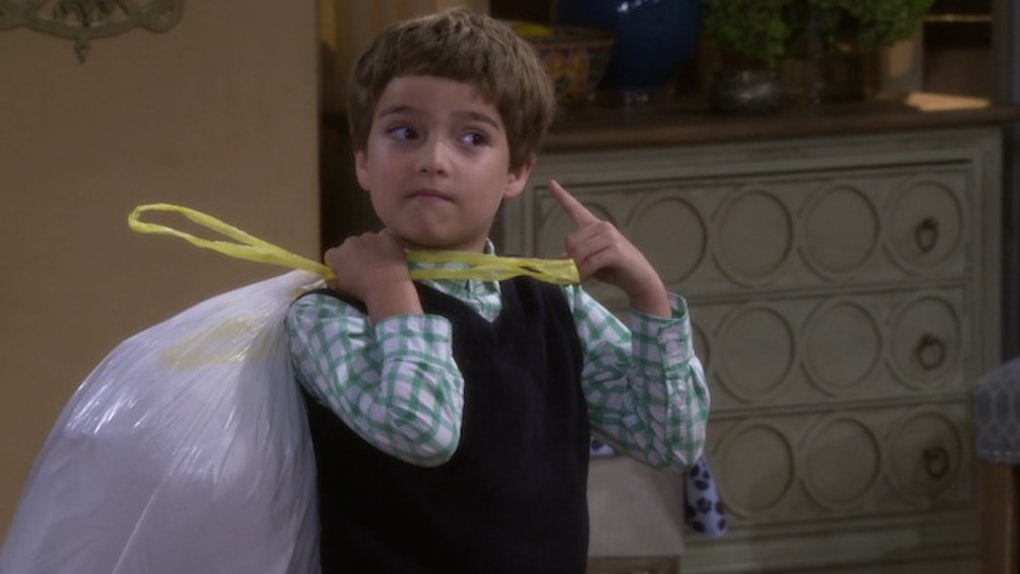 Everyone Is Obsessing Over This Adorable Little Kid From 'Fuller House'

If there is one redeeming anything from the garbage dumpster of the Netflix show that is “Fuller House,” it's that kid who played Max Fuller.

I am a huge “Full House” fan. I grew up with the Tanners, and in some weird way, I like to think they kind of grew up with me. They were a staple in my post-school schedule -- as important as eating dinner and lying to my parents about doing homework.

So, when it was announced “Fuller House” would be made, I couldn't have been more excited. A chance to catch up with America's First Family (after the Obamas)? How could I not take Netflix up on that opportunity?!

So, I binged the show from the second it was released (3 am EST), and I watched the whole series in one sitting.

It nearly killed me.

It was worse than miserable.

There was one bright star from the poop pile, though, and he's named Max Fuller.

Actually, his real name is Elias Harger, but to me, he will never be known as anything more than DJ's child she had with her husband who died in a vicious fire. (I'm still shocked that's a story line.)

“Fuller House” better HEAVILY focus on Max next season. It's what the Internet wants!