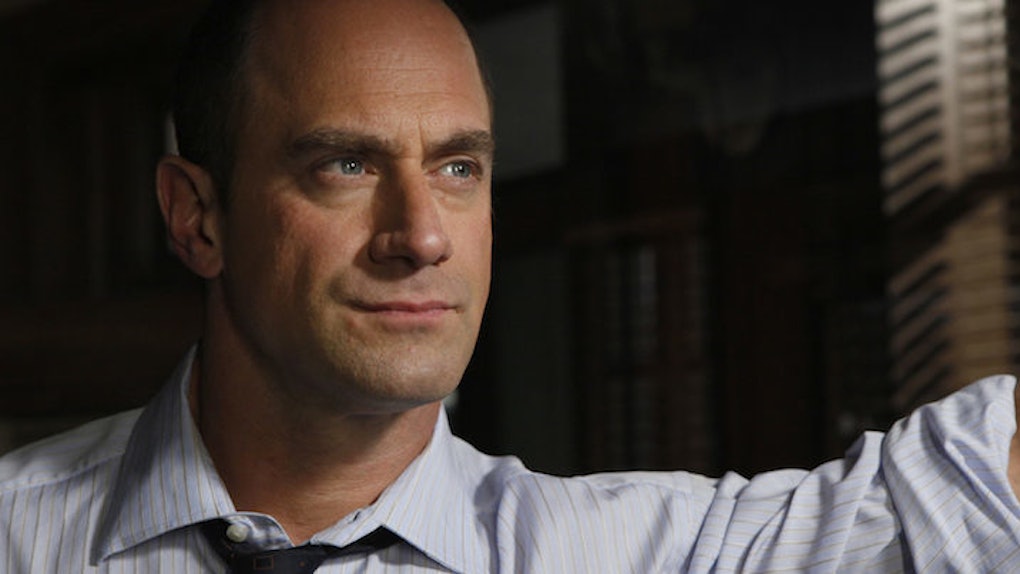 Why Detective Elliot Stabler Of 'SVU' Is Every Woman's Dream Guy

As much as women of the world love to disagree with one another, there is one thing that they all can agree on: Detective Elliot Stabler (aka Christopher Meloni) is f*cking hot. His stunning looks and badass demeanor have made this family man someone for whom women of all ages yearn.

I remember the first time I watched "SVU," sitting on the couch in-between my grandmother and my aunt, all of our jaws dropping in unison as Stabler paraded across the screen.

But, apparently, after the failure of negotiations over a new contract, Meloni took his talents to the dark side. He broke our achy-breaky hearts when he jumped ship from "Law And Order: SVU" to play vampire Roman on the fifth season of "True Blood."

Not going to lie, Mr. Meloni, your absence from "SVU" ruined it! It's just not the same watching Olivia Benson fight crime without you.

You left us all hanging! The sexual tension between you and Benson never reached its peak and we are still hoping you come back and sweep her off her feet, like you have done to thousands of your female viewers.

But why are women all over the world still swooning over Detective Stabler? Oh, it will be my pleasure to enlighten you... But, first, make sure you listen to the "SVU" theme song before going any further:

He is a family man!

The best part is that the relationship between Stabler and Benson transcends the small screen as Mariska Hargitay (who plays Benson) is the godmother to Meloni's daughter.

Can you do those exercises on top of me? Please...

He makes you want to encourage his vices.

You say it like it's a problem... Don't worry, I'll accept you for who you are.

His relationship with his partner goes far beyond the job. He puts his life on the line countless times for Olivia and she does the same for him.

Have you seen his bedroom eyes?

He's emotionally invested in everything he does.

It doesn't matter how small an issue or case is, when Stabler invests, he invests with all of his heart and soul. As a female, this is something we more than desire in a partner.

Someone who will listen to all your rambling concerns? Sign me up!

Why is he putting his shirt on? That should be illegal.

No girl likes a guy she can walk all over, which is why Elliot is ideal. He won't let you get away with petty crap, but will still remain soft around the edges.

Despite creative differences, he is still loyal to his friends.

I mean, look how fun he is:

He has a great sense of humor.

He knows when to concede and give you the victory.

He has been surrounded by females all his life, which means he is well equipped to handle any issues when it comes to his personal relationships.

I'm clapping for you too, babe.

He understands the importance of working together.

The best part? Nudes don't even interest him.

He has seen it all, so don't worry about this guy getting distracted by other women. He only has eyes for the main chick in his life.