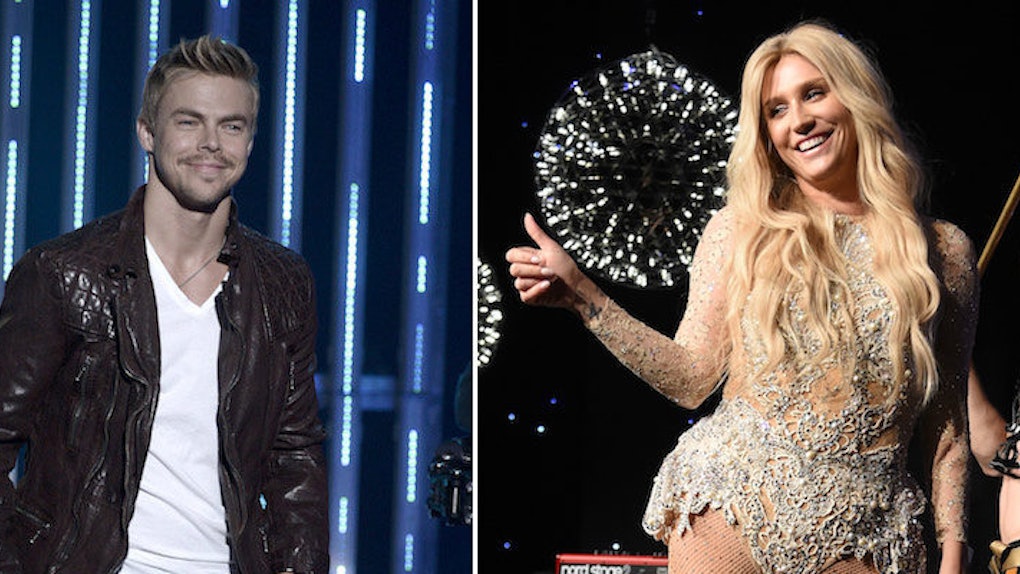 Derek Hough Dancing With Kesha Is The Cutest Thing Ever

I think we all know Kesha is having a rough time right now.

There's probably not much that can make her feel completely better, but a little dancing around never hurt.

Former "Dancing with the Stars" champion Derek Hough posted the cutest video on Instagram of him twirling around the pop star like the pro he is.

Honestly, after everything Kesha's been through, it's hard not to smile when you see her so happy in this video. https://instagram.com/p/BC0PQcfNok_/embed/

Lil ray of sunshine on a cloudy day. Ke$ha.

While it's not going to fix her legal troubles, it's nice to see her smile.

If you're thinking this means a new couple for the next season of "Dancing with the Stars," unfortunately Derek already confirmed he won't be there. He's going to be too busy performing in an upcoming Broadway production of "Singin' in the Rain."

Either way, Kesha is a long way away from putting this hardship behind her, so no doubt a little dancing along the way is a good thing.