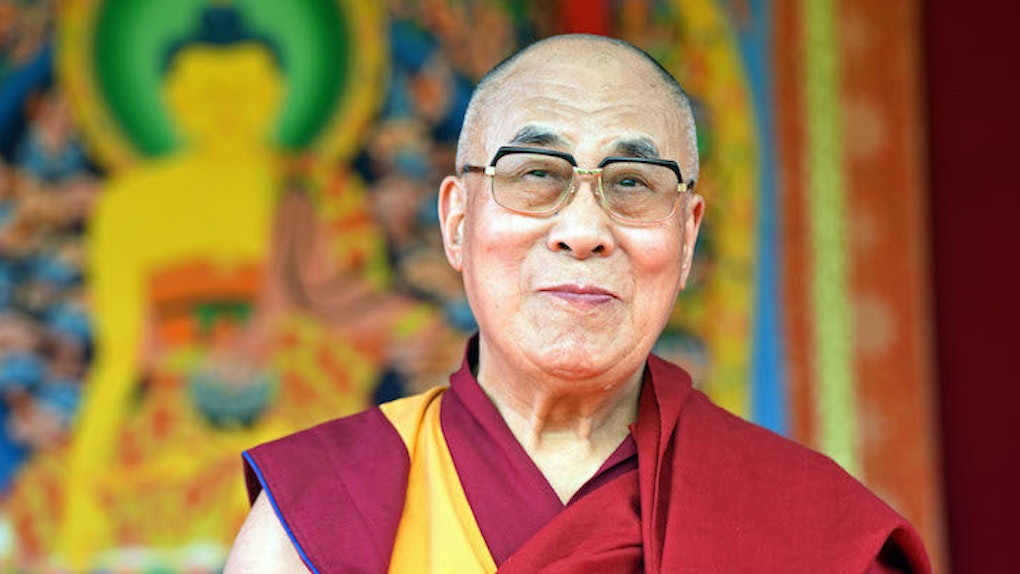 Even The Dalai Lama Is Heartbroken Over The End Of Brangelina

Would you believe me if I told you Brad Pitt and Angelina Jolie's divorce is affecting everyone -- even the Dalai Lama?

Yup. The spiritual leader of Tibetan Buddhists himself expressed his concern for the divorced celebrity couple during an interview with Piers Morgan.

The Dalai Lama was thrown by the fact Jolie and Pitt have six children. When Morgan asked the Dalai Lama how he felt about the Brangelina split he said,

Sad. Sometimes in divorced people, the children, they'll come closer to their father or mother. Sometimes it's difficult. So I think that may sort of harm their deep sort of experiences or psychology like that.

As a child of divorce, I'd say the Dalai Lama hit the nail on the head. But are we surprised? He's a wise person.

It just goes to show people can't help but feel something when we learn about big celebrity breakups or other emotional news about media figures.

The Dalai Lama also shared his gloriously savage impression of Donald Trump with Piers Morgan, which, if you haven't watched already, is one of the most adorable things you'll see this week.

Citations: Even the Dalai Lama has something to say about Brangelina's divorce (Washington Post)