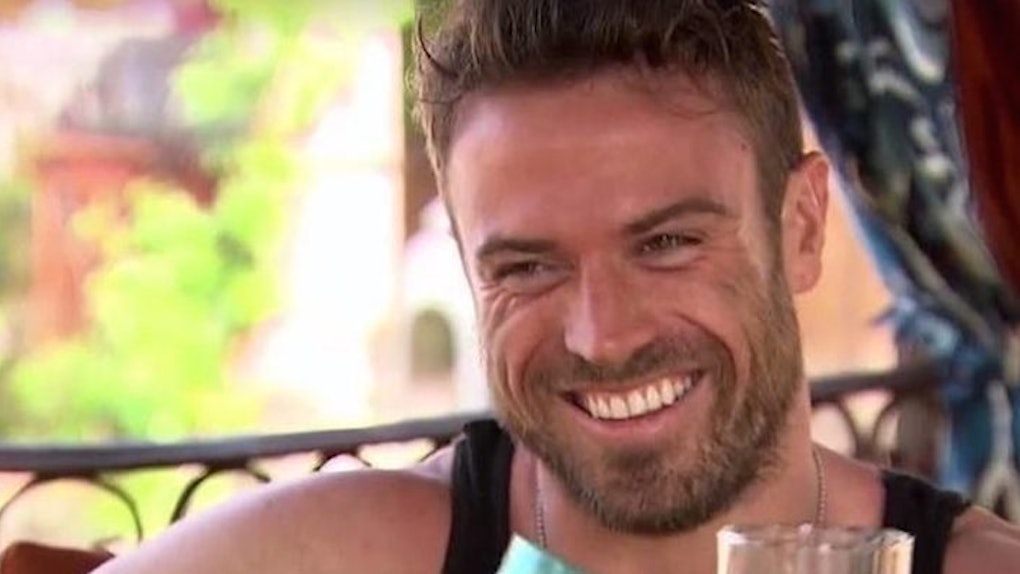 Well, that was fun!

Chad Johnson latest a total of... two hours (????) on the latest season of "Bachelor in Paradise."

If you haven't heard,"The Bachelorette" bad boy was sent home by Chris Harrison after the first night. LOL, are you even surprised? Somebody help this guy.

During Tuesday night's premiere episode, Chad was rude, belligerent and offensive toward everyone. At one point, things seemed to get pretty dangerous. OH, CHAD. WHEN WILL YOU LEARN?

But now, the 28-year-old has opened up to PEOPLE about his experience on "The Bachelor" spin-off show.

While reflecting on the short-lived season, Chad said,

The main thing – yeah, I said I was going to cut people's arms and legs off, but a smart person knows I'm not going to kill someone on camera. I have a job. I have things to do. I'm joking.

LMAO! Good one!!! Remember when Chad almost beat up Alex, Evan and Jordan Rodgers? When he threatens people, I don't think he's joking...

But then you get to the parts where I'm like, none of these guys deserve this chick. I'm better than all of them. And I'm like, yeah, okay that makes me [come] off like super arrogant. I get that.

According to the source, Chad does believe some of the footage was "taken out of context" but he did admit to a lot of his aggressive behavior.

Poor, Chad. I wish him a great life filled with endless protein powder and lunch meats. I think it's safe to say this guy won't be on "The Bachelor" ever again.