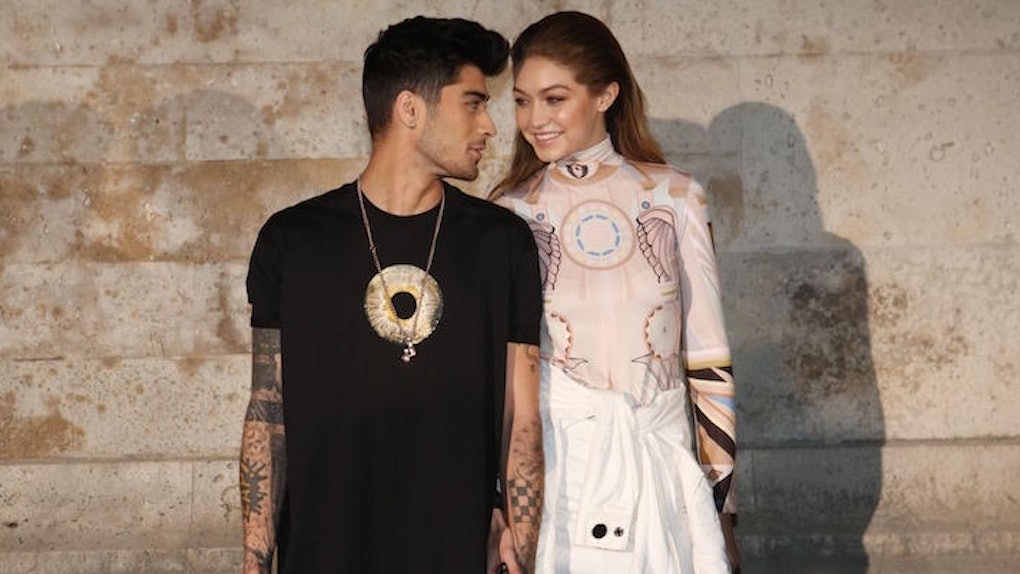 For rich beautiful people, the Victoria's Secret Fashion Show is like OKCupid.

Zayn Malik and Gigi Hadid have been going out for a while now.

Although the Hollywood power couple did have a small falling out that ended their relationship for like four hours at one point, they're clearly in a good, healthy place.

If you're looking for a person, or entity to thank for this gorgeous coupling, look no further than the Victoria's Secret Fashion show.

According to an interview Zayn did with ES, Zayn actually (shocker) met Gigi at one of her Victoria's Secret parties.

He asked her out after, and the rest is all history... beautiful, unattainable history.

(This, by the way, proves my theory that when beautiful rich people want to start dating all they do is show up to fashion shows, point at someone they like and say, "YOU. You're with me now.)

Zayn told reporters that it's much more than her body that he values, saying,

She's a very intelligent woman. She knows how to carry herself. She's quite classy and that. She's not, like, arrogant in any way, she's confident. She carries it well.

Later, Zayn went on to say that he's been trained to be attracted to these kinds of women, telling ES,

My mom brought me up as a feminist. Three sisters, five aunties and a mom — not a hope.

The rest of the interview is kind of fluff, aside from Zayn randomly claiming that Gigi likes "a good Yorkshire pudding."

I don't know what a Yorkshire pudding is, or what makes it "good," but Gigi Hadid doesn't strike me as the type to enjoy one.

Zayn did bring up an interesting point about his weed consumption though, mentioning,

Weed is also a part of my life for certain things. I find it helps me be creative. Some people say it kills your ambition, some people say it destroys your personality. Personally I haven't had any of them experiences yet.

Good on you, Zayn. I didn't pick you as a weed-er, but it definitely makes me hate you less for whatever the hell this was: