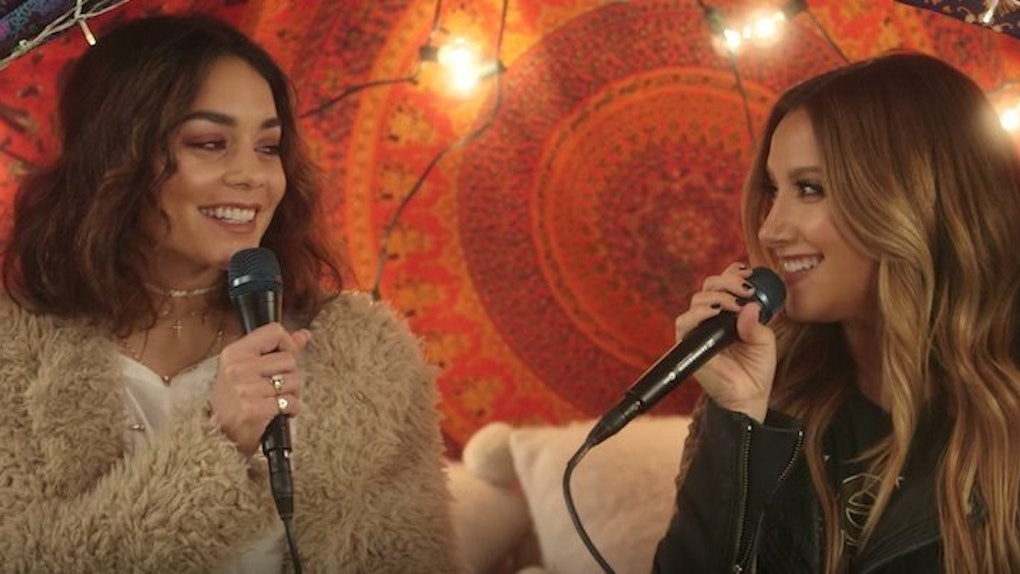 Isn't it the best when on-screen enemies are real-life best friends?

Goofing off courtside at the most recent LA Lakers game, Sharpay and Gabriella made a big comeback and were seen dancing to a tune that had all "High School Musical" fans yelling, "Get your head in the game!"

Lol, probably not, but I needed that pun.

Considering the Lakers are on a five-game losing streak, the stars were probably just trying to keep themselves entertained.

Oh, that's right, they're living their own lives.

Anyway, they have never been shy about their off-screen connection. Tisdale called Hudgens her "very best friend" in their first ever duet that debuted on  Tisdale's YouTube channel.

In the episode of "Music Sessions" posted just over a week ago, the two can be seen singing a delicate acoustic rendition of Elle King's "Ex's & Oh's," arranged by Tisdale's husband, Christopher French.

But both of them have full-time careers, and probably can't just sit around barefoot, under a bunch of taped-together Urban Outfitters tapestries, singing songs made by other people – sorry, everyone.

In fact, the next time we see Hudgens it will probably be as Emily Locke on NBC's new show "Powerless," which is described as a "workplace comedy in the DC universe."

Tisdale's next project is voicing Cinderella in an animated movie called "Charming," which is about a prince, played by Wilmer Valderrama, who compulsively proposes to women.

The IMDB description has it listed as a musical, so perhaps there will be more of Tisdale's singing voice in our future.

It's a wonder Hudgens and Tisdale still have time for each other, but as the saying goes, you make time for the people who matter.