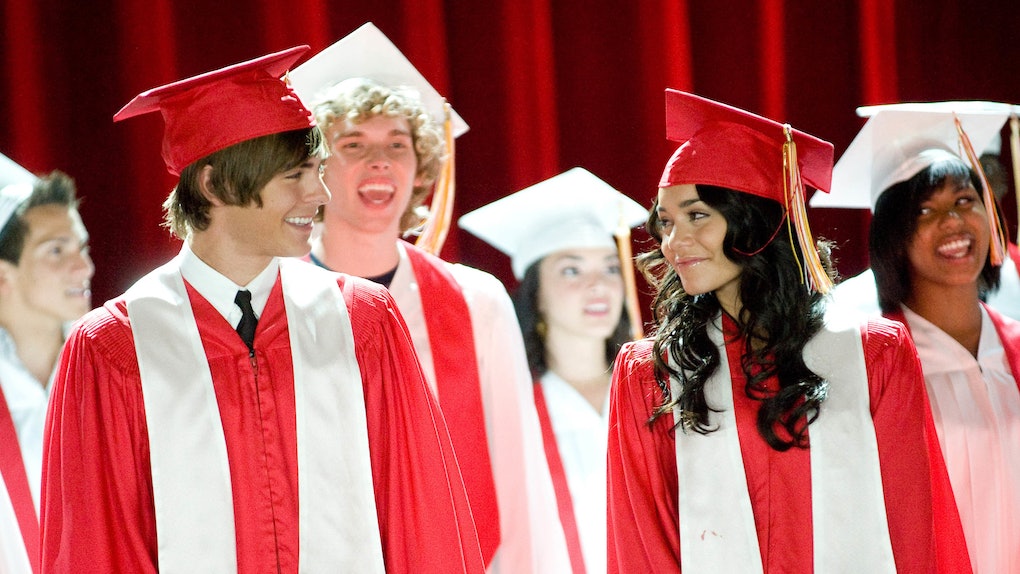 This weekend, the cast members had a “High School Musical” reunion during an "Alice in Wonderland"-themed Halloween party thrown by Hudgens herself.

The cast, except Efron who, unfortunately, was not in attendance, dressed up for the epic party: Hudgens as Alice, Tisdale as the Queen of Hearts, Bleu as a spot-on Lenny Kravitz and costar Monique Coleman as Dionne from “Clueless.”

The evening was documented on Instagram, and from what I can tell, it was every bit as awesome as a reunion should be.

Here's the full cast, plus some extras.

Left to right, you can see Hudgens, Coleman and Tisdale.

Look at that Lenny.

Tisdale was a killer Queen of Hearts.

Citations: The Cast Of High School Musical Had A Halloween Reunion & It Was Epic (Refinery29)