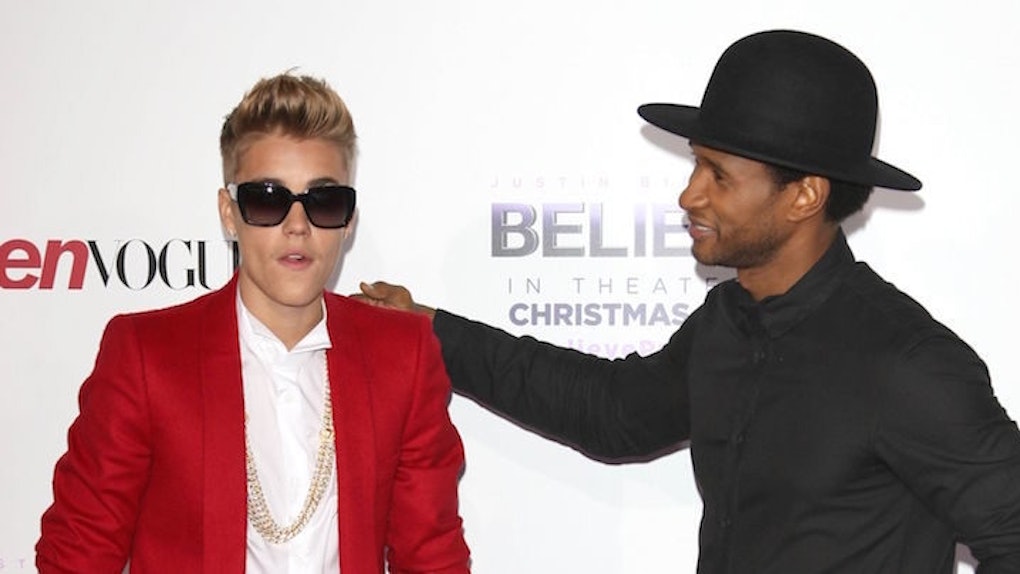 The words "Justin Bieber's penis" are probably the most constant thing in my life right now.

I mean, I'm not mad about it. Each time a new peen shot comes across my screen, I just smile to myself, softly shake my head and sigh thinking, "Oh, leave it to Bieber!"

A couple weeks ago, Justin, his rumored girlfriend and his penis went for a nude dip together.

Oh, to be a fish in THAT body of water, ammirite ladies? I am. I'm very right.

Then, there was that time when Justin and his penis were in Bora Bora. They love to travel.

"when you nod your head yes, but you wanna say no, what do you PEEN?" via @nydailynews: http://t.co/mXqPnDoUKN pic.twitter.com/6bUTLN1N5I — alex rees (@maybealexislost) October 7, 2015

Justin Bieber's penis, whom I've decided to name DJ Baller, is clearly making a name for himself, so it's only appropriate for the man who helped JB gain fame to comment on DJ B's presence on the internet.

Usher shared his thoughts about what hangs between Justin's legs on Howard Stern's show on Monday morning. While I thought he would simply say, "And I was like baby, baby, baby, OH WOW THERE'S YOUR PENIS,"  he instead said,

[Justin] does have a brain of his own. He, listen, he has a mind of his own. What he chose to do with his penis is his perogative you know what I'm saying.

Uh, yeah, Usher. We're picking up what you're putting down. He went on to say,

He's managing that aspect of his life. I have nothing to do with Justin Bieber's private parts.

Usher is starring in an upcoming movie about Sugar Ray Leonard called "Hands of Stone." The trailer was released last week, and it's going to be the perfect movie for fans of the legendary boxer, action-packed emotional movies and Usher's butt.

Ya. The trailer gives a full butt shot. Since I am extremely dedicated to my job, I made it into a GIF... for WORK... for my JOB, OK?

I'd like this to continue and to find out what Justin and DJ Baller think about Usher's tushy, and if they agree with me that he should legally change his name to Tusher.

Get back to me, guys.

Citations: Usher Has Something to Say About Justin Bieber's Penis Pictures (E! News)