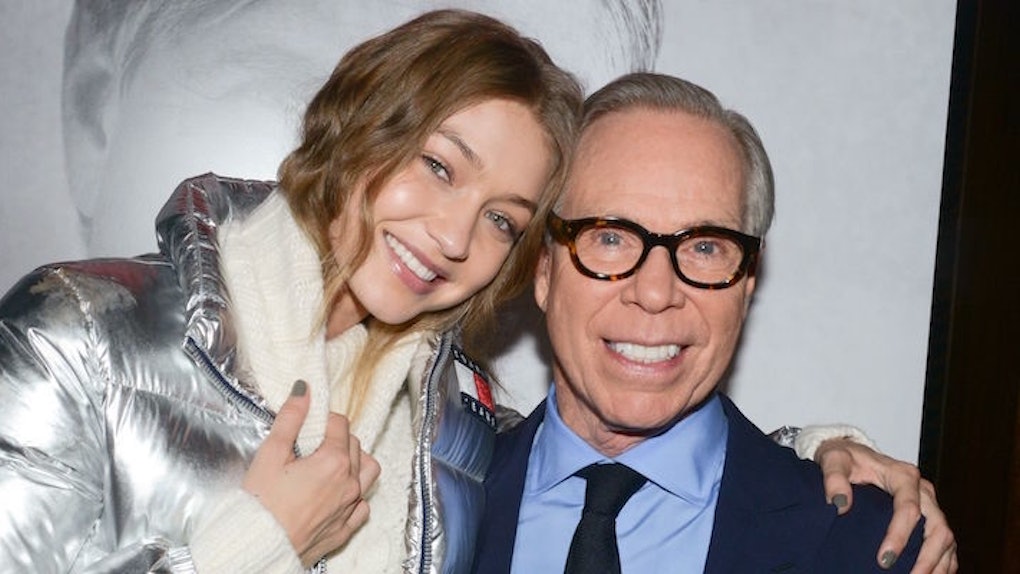 Tommy Hilfiger would like to be very, very clear: He does not think Gigi Hadid is fat, you know, unlike some people he knows.

On Wednesday, in an interview with Yahoo Style, Hilfiger revealed he once had to dress Gigi in a poncho for her to walk the runway in his Hilfiger Collection because she wasn't as thin as the other models.

Our casting director said, 'She doesn't really fit because you know she's not quite as tall as the other girls, she's not quite as thin.' So they put a red, white and blue poncho on her. It covered a lot of her body unfortunately, but it received millions of hits.

While Hilfiger took care to attribute the body-shaming to the casting director, some took his comment as him criticizing his fashion collaborator and friend, Gigi.

The designer was quick to clarify his intention in an interview with Page Six on Thursday.

The casting people put Gigi in the poncho, and I was not happy. I was saying, 'Don't hide her body.' Even though the poncho ended up being the best-selling piece, I was very unhappy. The suggestion that I thought she wasn't thin enough upsets me to no end. Gigi is the epitome of perfection.

OK, Tommy, we get it, you'd have sex with Gigi, you know, if you had to pick a woman!

Meanwhile, millions of non-supermodel women at home are pulling their hair out in frustration over the fact anyone would even discuss whether Gigi Hadid is "thin enough."

Yes, I know standards for models are very different, and I'm sure the pressure to be thin is very hard on all of them.

But it's just really hard to take any of this seriously when Gigi Hadid looks like this.

Anyway, Gigi has not hesitated in the past to stand up against the haters and love her classically gorgeous body just the way it is.