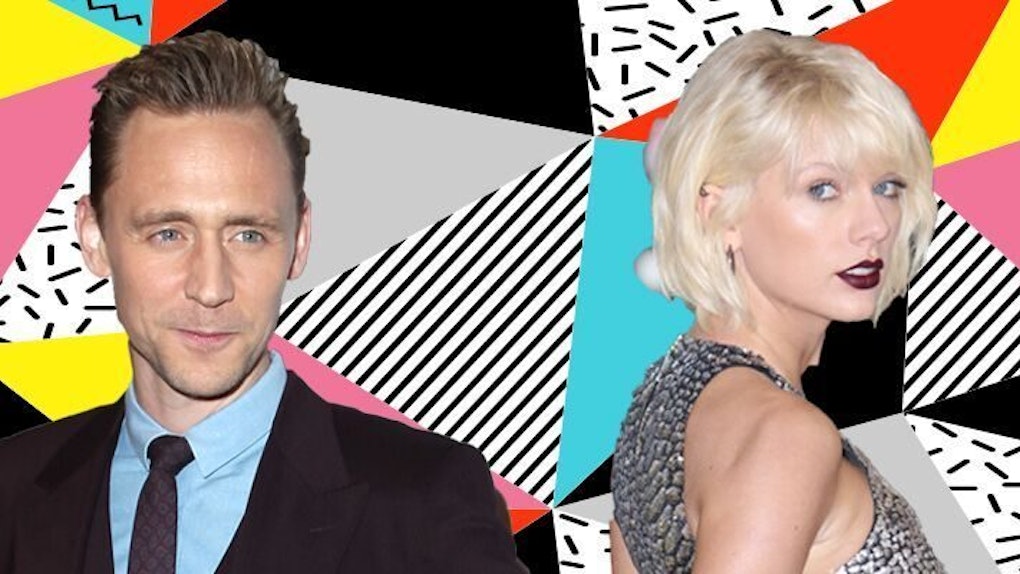 Tom Hiddleston and Taylor Swift look like they're turning into something more than just a summer romance.

But the stars have been tight-lipped about their relationship (especially Hiddleston) since their initial hookup on that coastal rock. You remember that pic:

And with Taylor abandoning her fans on social media in the wake of that "Famous" phone call feud, it's hard to know what's going on with these guys.

But Hiddleston has finally opened up about what it's like to date the musical powerhouse that is Taylor Swift.

During a Facebook Q&A session with the Hollywood Reporter, the British actor was asked,

The summer has been a high-profile one for you personally. What have you learned about the culture of celebrities?

His initial reaction was, "Woah," before he explained,

We all live in a world where every phone has a camera and there's nothing new, really, about the spotlight on me, I think that's what happens when you're a public figure. I've learned that there are many sides to a story, and that sometimes there are a lot of stories out there which are false and the hardest thing is to try to not let those falsehoods affect your own little life, that's what I would say.

Looks like he learned a pretty valuable lesson from that fateful "I heart TS" tank.

Here's the interview in full:

Last week the actor joined Instagram for the first time ever.

One of his first moves was to follow Taylor Swift, because she obviously has him well-trained.

So far he's only posted a couple of photos. This one promoting his TV show, "The Night Manager":

And this hairy one: