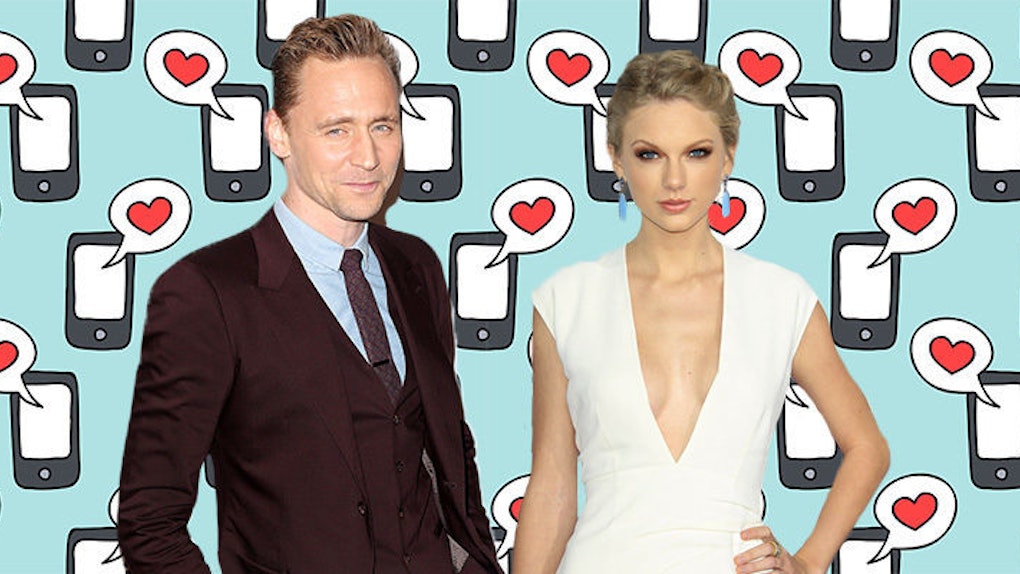 Earlier this week, Tom joined Instagram for the very first time. Sure, Hiddleston fans everywhere were pretty pleased to see their shining light join the social platform, but most people were stuck on one thing and one thing only -- Hiddleston wasn't following Taylor Swift.

Thankfully, the 35-year-old actor cleaned up his act and gave T-Swift a well-deserved follow.

After all, they can't keep their hands off of each other in public -- it's only right that they at least follow each other on Instagram!

Taylor Swift, 26, welcomed Hiddleston to Instagram by following him back to make things super official. It was just a couple of days ago that we found out Swift followed her ex on Instagram but NOT Tom.

Rejoice, Hiddleswift fans, for that is no longer the case.

So far, Tom has only posted one photo on his account. No, it's not a photo of Taylor.

Despite the fact that Tom Hiddleston has yet to flood his Instagram feed with PDA-filled photos of him and Taylor, Hiddleswift fans will just have to sit tight and appreciate the fact that he's at least following her.

Taylor Swift returned the favor. Tom is now one of 86 lucky people the star follows on the platform.

Honestly, I'm surprised it took THIS LONG for Hiddleswift to bring their unbreakable obsession with each other to Instagram.

I mean, come on, Taylor had Tom wearing an "I heart T.S." tank top in broad daylight as paparazzi snapped away last month.

That's enough evidence to assume they're maybe secretly married, right? RIGHT? The LEAST they could do is take a few mushy selfies together and hashtag #NoFilter.

Citations: It's Instagram Official: Taylor Swift and Tom Hiddleston Are Finally Following Each Other (E! News)