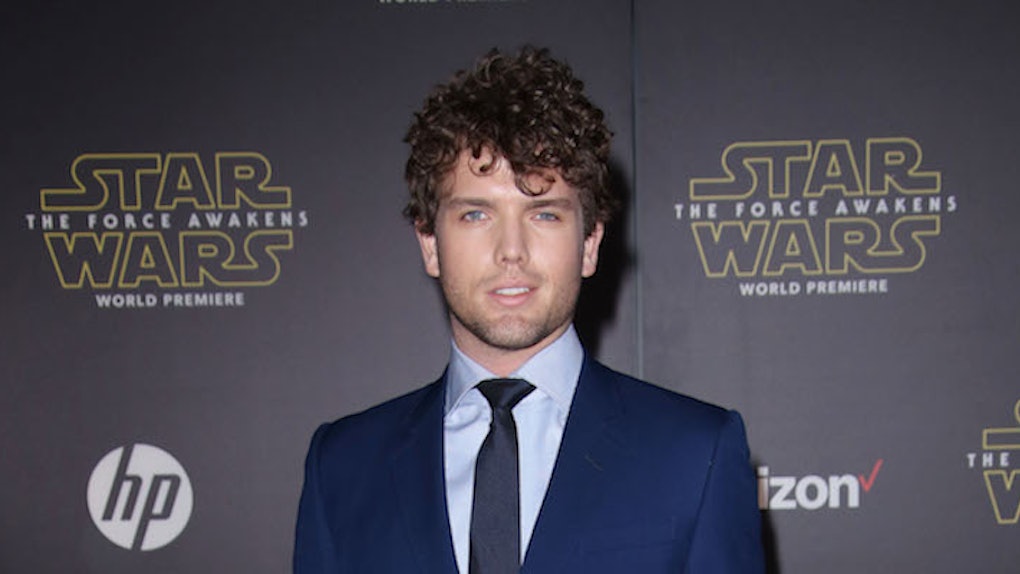 We need to talk about Taylor Swift's hot younger brother, Austin Swift. It turns out he's not only hot, but he's also a talented actor who JUST got his big break.

I assume after this, we'll be seeing a lot more of him.

The 24-year-old played a role in Pierce Brosnan's new movie, "I.T." It's a psychological thriller about successful business mogul and family man Mike Reagan (Brosnan) who hires a seemingly harmless IT guy who goes ahead and hacks into Mike Regan's entire life. It's pure chaos.

Here's the trailer if you haven't already seen it. Catch Austin at 1:30.

The movie actually looks really good. It came out in theaters on Friday, September 23, but you can also catch it on iTunes.

Austin looks like he's already a natural on the red carpet. This is a clear indicator his acting career could totally blow up. Well, that, and he has a pretty famous sister. I'm sure some people in Hollywood may have heard of her.

But it doesn't seem like Austin plans on mooching off his big sister's success to become famous. He recently graduated from Notre Dame where he studied film. He also has a background in dramatic stage acting.

I really hope Austin becomes the next Chris Pratt so we can see him in literally every big movie.

I mean, he even already has another film lined up.

Next, we'll see Austin as a character called Mayweather in Ben Affleck's "Live By Night," a prohibition-era gangster flick starring Affleck, Zoe Saldana, Elle Fanning and other big stars. "Live By Night" comes out in January 2017.

Austin Swift's acting career is looking pretty promising so far. Maybe one day we'll see both Austin AND Taylor in a movie together. Can someone in Hollywood please get on that?