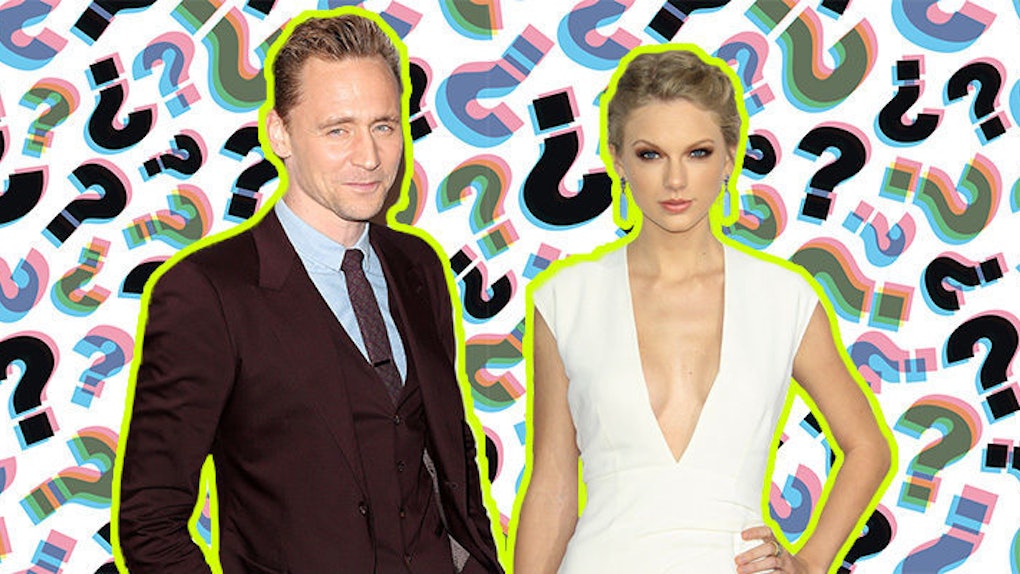 Something strange is going on with Hiddleswift, and we need to talk about it.

Taylor Swift and Tom Hiddleston have been dating for basically the whole summer. When they first were spotted together, they were aggressively making out on top of a rock and holding hands on the beach.

Picture perfect memories, am I right?

After that, it seemed like the lovebirds couldn't keep their hands off each other.

They were constantly touching and kissing and laughing and smiling together. Hahaha, so cute!

Tom was even photographed wearing an "I Love T.S." shirt. LOL, are you kidding me?

It's safe to say their PDA was out of control. But then something happened, and everything changed.

Yup, I'm talking about Taylor Swift's epic feud with Kim Kardashian and Kanye West. The highlight of the century.

My grandkids will read about this shit in textbooks one day.

After Kim K exposed Taylor's conversation with Kanye about his song "Famous," Hiddleswift seemed to vanish from the face of the Earth.

Eventually, the two came out of hiding and were pictured laughing together. All right, cool. At least we know they're alive.

But besides that, where the F has this couple been? How can they go from slopping saliva in the public eye 24/7 to being MIA?

That just seems a little fishy, if you ask me.

Since then, Hiddleswift has only been spotted together one other time.

Taylor and Tom went to dinner in Santa Monica a week ago, but that's really it.

COOL, you guys had one meal together. Do you know how many meals I eat in a day? At least eight.

I'm not quite sure where Taylor and Tom stand (or if their relationship is even real), but I'm concerned.

Hang in there, Hiddleswift. We'll get through this together.