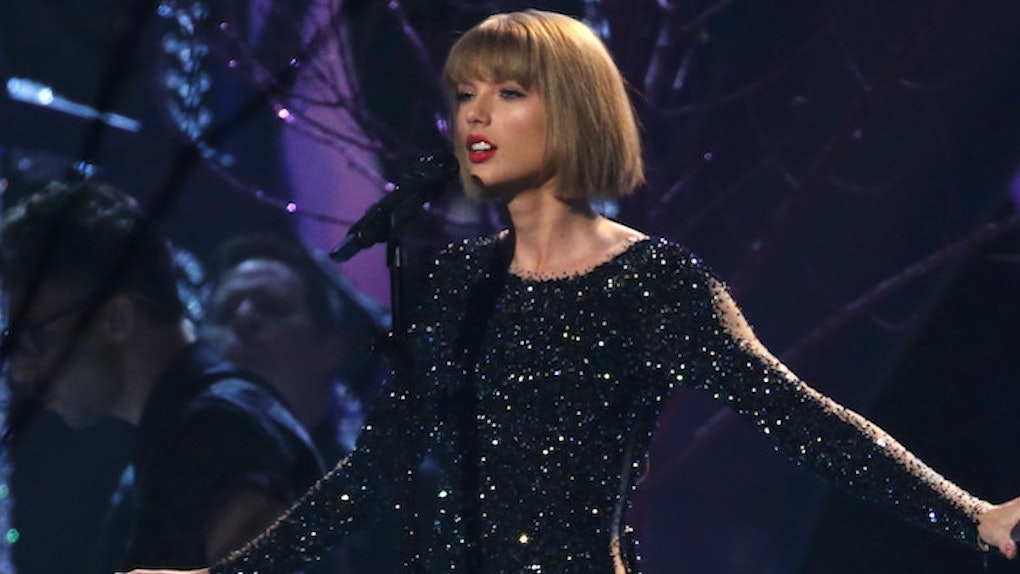 Taylor Swift Breakup Music Is On The Way

Remember all of those rumors Gigi Hadid started about Taylor Swift working on new breakup songs? She was right this entire time.

That's right, it sounds like T. Swift is back in the studio and working on new material for her loyal fans who've been dying for new music since the incredibly successful release of "1989" back in 2014.

Not only is she back in the lab, but she's apparently working on music that reflects her failed relationships with both Calvin Harris and Tom Hiddleston.

Taylor and Calvin dated for about a year and a half before splitting and going their separate ways.

While things might have seemed to end pretty roughly for both of them, sources said Calvin Harris, whose real name is Adam Wiles, and Taylor Swift have managed to keep things mostly friendly between each other.

A source close to Swift told E! News that Swift "has spoken to Adam on text" and that they haven't really been talking about "getting back together." Instead, their occasional communication is "more of a friendly check-in."

As for her past romance with Tom Hiddleston, the 26-year-old singer split up with the 35-year-old English actor after just three months of dating.

She also is on good terms with Tom at this point.

In other words, sure, things ended pretty abruptly and dramatic for both of her last two relationships, but that doesn't mean she can't keep things friendly with her exes and address her true feelings in her new music!

In the midst of all of her relationship drama, T. Swift topped it all off by feuding with Kim Kardashian and Kanye West over West's controversial hit single "Famous."

Bottom line? She's got plenty to talk about, and the speculation is now over -- she's been in the studio getting it all together.

In addition to confirmation that Taylor is back to work on new music, E! News has confirmed that the rumors are true -- Taylor Swift and Drake ARE working on new music together so look out for that!

A source close to Taylor says that the new material is "different," but also "very catchy."

Overall, this news is pretty refreshing to hear for more loyal T. Swift fans. After all, some fans speculated that she might have even been DONE with music.

While that sounds completely insane, you can't blame them. After all, Swift didn't release ANY new music in 2016 and only played ONE concert in Austin, Texas this year.

Still, she managed to come out on top of Forbes' "highest-paid women in music" list for 2016 beating out Beyoncé, Adele, Madonna, Rihanna, and others.

We'll just have to wait and see when #SwiftSeason rolls around!