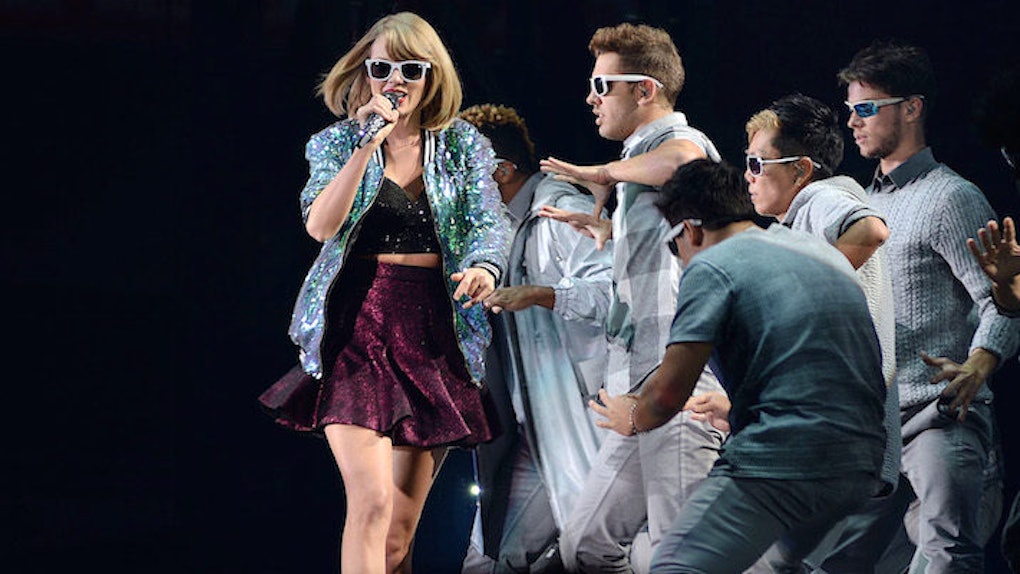 If you thought for some reason you weren't getting enough Taylor Swift coverage, you better buckle up.

You're about to get so much access to Taylor that even her most hardcore fans will probably say out loud to themselves at some point in the near future, "OK. ENOUGH. I'M GONNA GO LISTEN TO CREEDENCE CLEARWATER FOR A LITTLE BIT."

Thanks to a partnership with AT&T, the world's most famous Starbucks lover is set to unveil her own personal TV channel.

It's called Taylor Swift NOW, and she's been hinting at it since October.

What is on this channel? Let's let this informative video AT&T released explain.

OK, that didn't explain anything.

According to the press release though, the channel will serve as some sort of Swift media center with new projects and exclusive archived footage.

The release from AT&T elaborates,

Taylor Swift NOW is a video experience created exclusively by AT&T and Taylor that will showcase unique videos, concert performances, behind-the-scenes footage and more from the Taylor Swift archives... [the channel will be] organized in themed chapters and packed with special glimpses into Taylor's life and work spanning her entire career.

AT&T may have actually goofed on the channel's announcement though when they were coming up with the YouTube description.

Here was the original one they posted:

Aaaaaaaand here is the second one they posted:

There has been speculation for months that she would be dropping an album in the near future so the fact she's coming out with new music isn't really such a massive shocker.

What is crazy though is that she could be using this new, weird channel as the main way to distribute or at least release her new music.

WHAT KINDA CRAP ARE YOU PULLING, TAYLOR?

You can watch Taylor Swift NOW on AT&T's DIRECTV, DIRECTV NOW and U-verse.