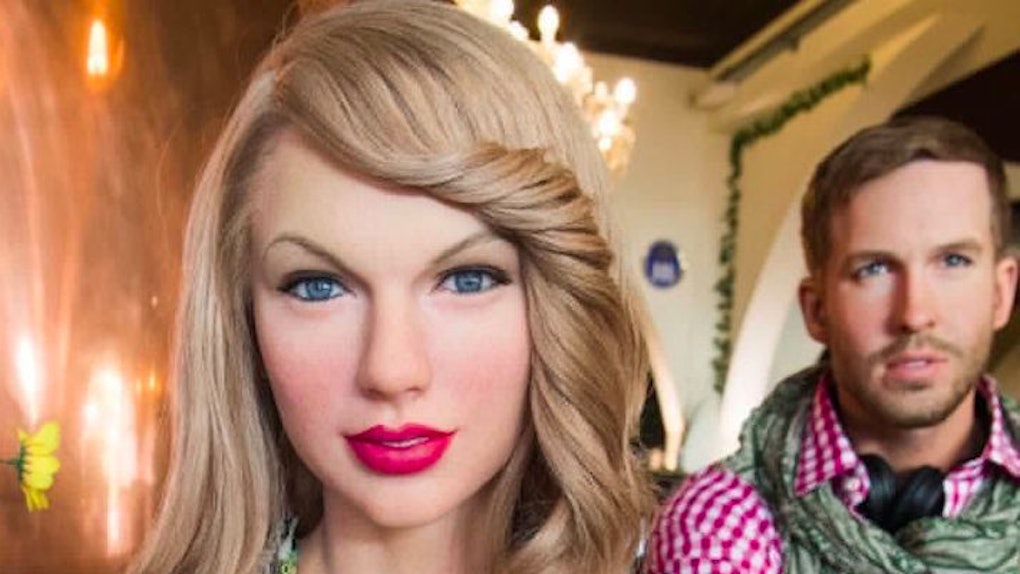 Taylor Swift And Calvin Harris Are Reunited As Wax Figures

For months now, Taylor Swift and Calvin Harris fans everywhere have been hoping and wishing to wake up to the once-perfect couple reunited in love.

Unfortunately, that is highly unlikely these days. Following their breakup back in June, both Taylor and Calvin have willingly parted ways.

While Calvin has had his fair share of flings with other mysterious women after their breakup, Taylor Swift managed to jump into a quick three-month relationship with British actor Tom Hiddleston.

Despite the fact that we'll probably never see a rebirth of "Tayvin" or "Talvin" anytime soon, the world has been blessed with lifelike wax figures of both stars.

There are actually wax figures of Taylor Swift and Calvin Harris -- and they look TOO real.

Those who wish to see them together again in person would have to make their way over to the Hofbräuhaus Berlin beer hall in Germany.

That's a small price to pay to see your favorite celebrity ex-couple in a happy place again.

Both Taylor and Calvin's wax figures are dressed in traditional Bavarian attire to celebrate Oktoberfest this month.

It's so awesome and so creepy at the same damn time...

Since Tom Hiddleston doesn't have a wax figure, how jealous do you think this drawing of Tom is right now?!

I must say, he doesn't look too thrilled.