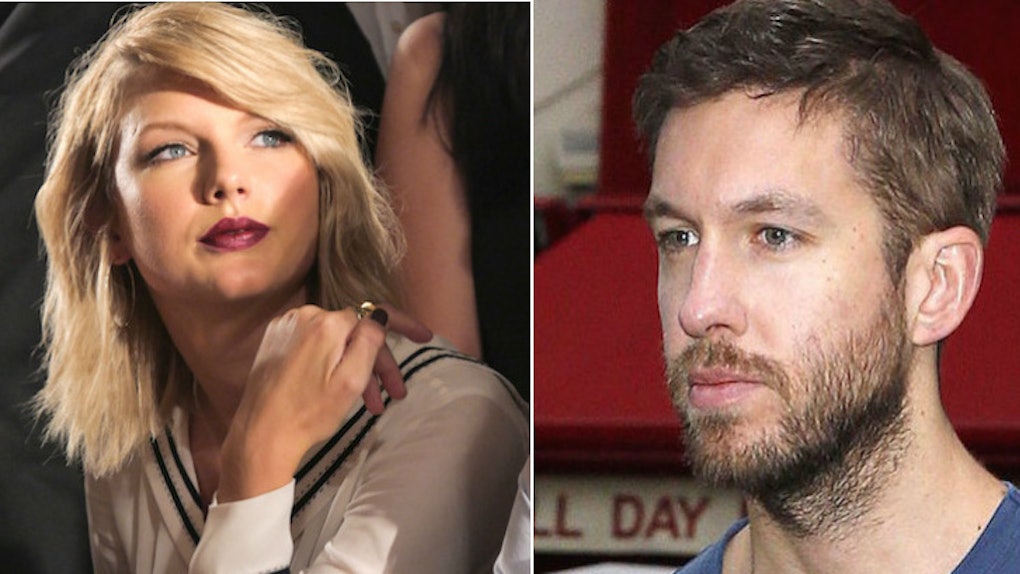 I have to admit, I'm one of those people who firmly believes you can't be "good friends" with an ex.

I don't understand how people can go from being in love with each other to having a platonic relationship. LIKE, HOW THE F IS THAT POSSIBLE?

Nahhh T, it doesn't work like that. That's why I'm scared for you, girl.

According to TMZ, Taylor Swift and Calvin Harris have been texting. *GASP*

All right, don't freak out yet. Nothing has been confirmed about what's going on between the ex-lovers, but I'll fill you in on what MAYYY be happening.

An insider told TMZ Taylor and Calvin do not have plans to stir things back up again, but they have been texting to move past all the drama.

If you recall, Talvin had a pretty nasty breakup. They also got into a massive fight over who wrote the lyrics to "This Is What You Came For," so yeah, they've been through shit.

Calvin even went on this epic Twitter rant about Tay when he was pissed at her. OOHHH, WHAT A SAVAGE.

TMZ explains the two are "firmly in the friend zone," whatever that means. I personally think it's unclear what the real status of their relationship is, but I do believe they've been in contact.

Just talking from personal experience, when my ex and I broke up, I drunk texted him, like, every other weekend. It's been six years, and the kid still gets messages. If Taylor and Calvin haven't talked AT ALL, I'd honestly be shocked.

I'd also be totally impressed, but mostly just shocked.

The source clarifies they have NOT talked on the phone or seen each other in person. Their communication has strictly been via text.

Welp, I guess Tom Hiddleston is old news at this point. Sorry bro, you got the boot.