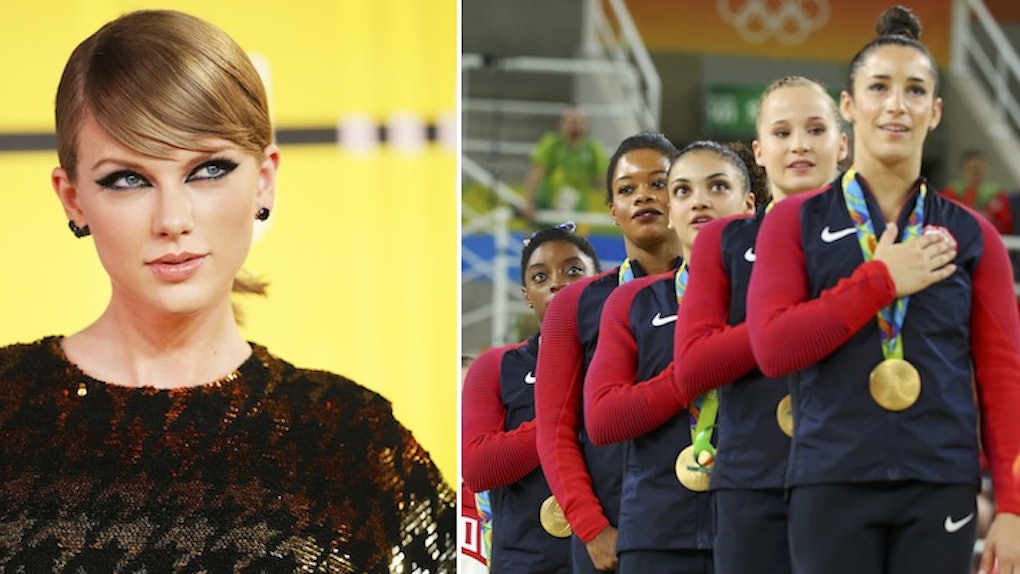 It looks like Taylor Swift finally broke her silence on Twitter after Kim Kardashian and Kanye West exposed the 26-year-old singer during an episode of "Keeping Up With the Kardashians" last month.

Swift was accused of lying about not giving Kanye West permission to mention her in his controversial hit single "Famous."

Since the feud took off, Taylor Swift's been pretty mum on Twitter. As a matter of fact, until today, the last tweet she published was on July 17 regarding the Kimye feud.

Allow me to refresh your memory. Here's the last tweet Swift posted before silencing herself for almost an entire month.

Today, Taylor Swift broke her Twitter silence to congratulate the Final Five on their flawless victory at the Olympics in Rio.

Say what you want about T-Swift, but she couldn't have broken her silence in a better way.

I mean, did you SEE the US Women's Gymnastics team's huge win to reel in the Olympic gold?!

Despite not tweeting as frequently following her "exposure," Swift has been updating her Instagram with birthday photos of her and Selena Gomez...

She also shared a birthday selfie with Karlie Kloss.

As of now, it's safe to say Taylor Swift is only commenting on birthdays and Olympic gold for the time being. Smart move, T.