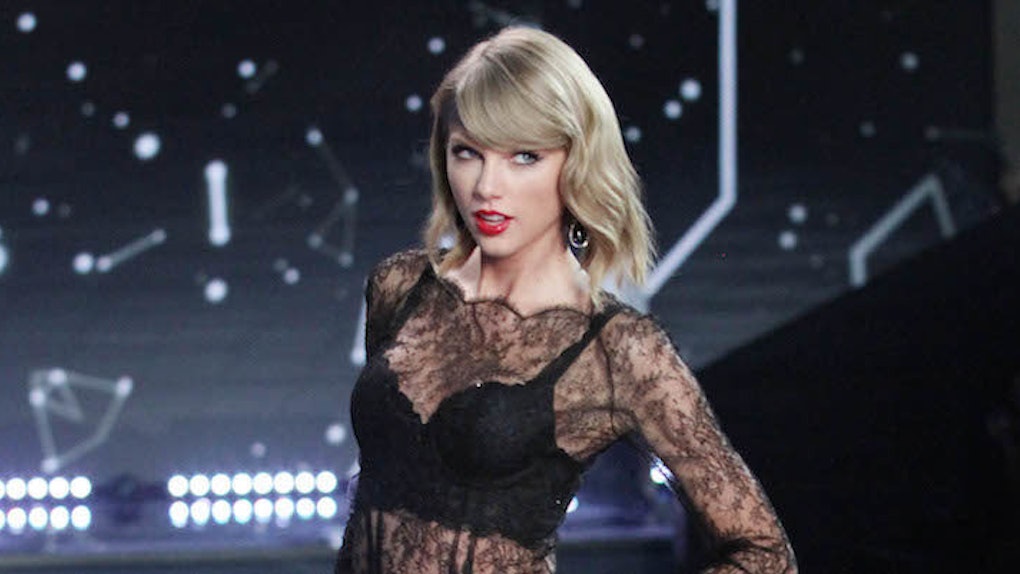 According to Twitter, it looks like this week is all about the boobies! Yesterday, Kylie Jenner's tatas broke the internet after she added a series of Snapchats showing them off.

Fans immediately accused the 18-year-old reality star of getting a boob job, even though it's unclear if she's actually gotten work done.

But now, fans are pointing fingers at Taylor Swift's rack after she was spotted rockin' a red crop top.

Here's a picture of Taylor Swift at the Oscars after-party in February, for comparison purposes.

HMMMMMMMMMMMMMM. Now take a closer look at thespaparazzizi pics from the other day.

Twitter has a lot to say on the matter, obviously. Everyone seems to think Taylor 100 percent got a boob job.

Many fans started speculating at the beginning of the summer when Taylor went to the beach with Tom Hiddleston.

So, did Taylor Swift actually get a boob job? Unclear.

Does it matter? No.

SO EVERYONE, LEAVE TAYLOR'S BOOBS ALONE. I do like that crop top, though.