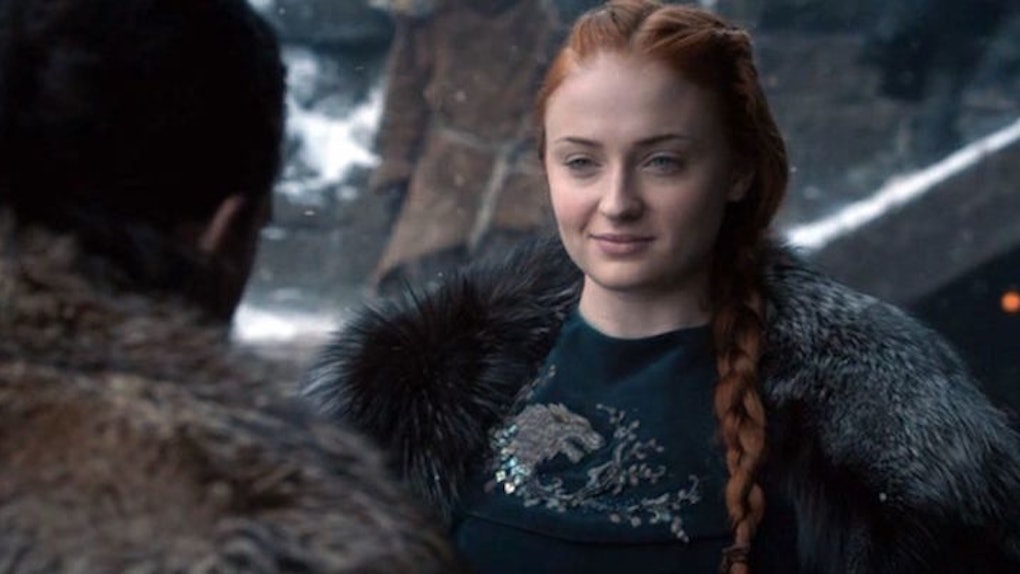 "Game of Thrones" made television history at the Emmy's this year after winning 12 new awards.

Cast members like Sophie Turner took the opportunity on the red carpet to tease all "GoT" fans with some juicy clues about the highly-anticipated season 7, which premieres in summer 2017.

When speaking to Variety, the 20-year-old talked about the arc of her character, Sansa Stark, as well as who may or may not make it to season 8.

The fact that there are only two seasons left of "GoT" is really hitting the cast hard.

It's quite sad. It really feels like things are wrapping up and coming to an end. People are hanging around Belfast a bit longer to be around each other and be in each other's presence.

She likes to look on the bright side, though. Turner also said,

We've got one more season…well, not all of us.

OK so, this is "Game of Thrones" we're talking about here, not "Adventuretime." Heart-wrenching deaths happen every season. (RIP Hodor).

And some don't appreciate spoilers from the cast.

The internet is a tough place for those who don't want to know a thing before the next episodes arrive.

Luckily, Turner had more to say. Now that most of the cast has received the scripts for the whole next season, they know what each character will go through.

Turner teased us even more with this comment about Sansa Stark.

You don't really know what's going on with her this season. We're trying to figure out where her loyalties lie, and you're wondering if she is going to pull through and be a true Stark or not.

Oh man. It's going to get so real for Sansa, who at the end of season 6 finally reunited with her brother (actually cousin), Jon Snow.

We still have over six months left between now and the premiere of season 7, which will give the cast plenty of time to drop more hints, which is good if you're into that kind of thing.

And if you're one of those people who hates any type of hint or spoiler, we advise you stay far, far away from the internet until the premiere.

Citations: 'Game of Thrones' Stars Tease Season 7: 'Not All of Us' Will Make It to Season 8 (Variety)