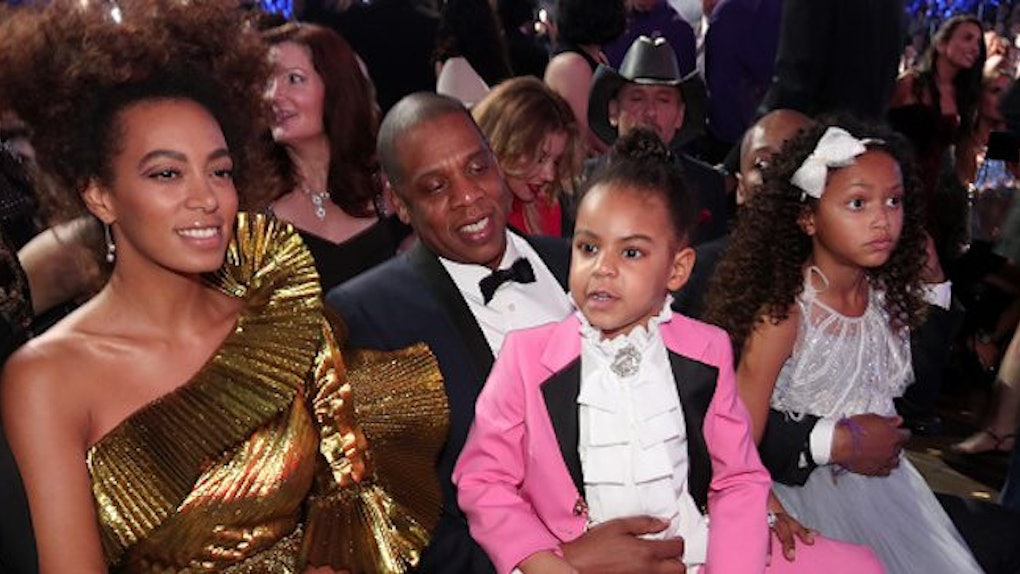 Everyone knows Solange and JAY-Z haven't always been on the greatest of terms. Remember their dramatic elevator fight in 2014? Yeah, their relationship has NOT always been good. But now, according to these Solange quotes about JAY-Z, things seem to be juuust fine, and it's about time! Beyoncé does not need that kind of stress, Y'all.

In May of 2014, Solange Knowles and JAY-Z were in a physical altercation in an elevator and the world basically exploded with curiosity. The elevator fight of the century went down at the Standard Hotel after the Met Gala in NYC. You know you mean business when you're fighting in fancy clothes. Security camera footage from TMZ showcased the entire battle but without the sound. It was a real mystery to us all until JAY-Z released his album 4:44. In it, the famous rapper acknowledged the elevator fight was about him allegedly cheating on Beyoncé... and nobody messes with Beyoncé. Get it, Solange.

Solange opened up about her relationship to JAY-Z in an interview with Hollywood Life,

Solange loves 4:44 and really loves all the apologies that Jay offered throughout the album. We all remember the elevator incident and to say that they are all in a better place would be an understatement. Solange isn't angry anymore and accepts that Jay has changed and loves how he has manned up and has become the man that her sister deserves.

What? O.M.G. This is everything.

Solange also mentioned her family in a statement to Lucky Magazine, she said,

What's important is that my family and I are all good. What we had to say collectively was in the statement that we put out, and we all feel at peace with that.

Professional, yet used the word "peace," and I like that.

What's the moral of this story? Never. Mess. With. Queen. Bee. If little sister Solange doesn't come at you, we will.