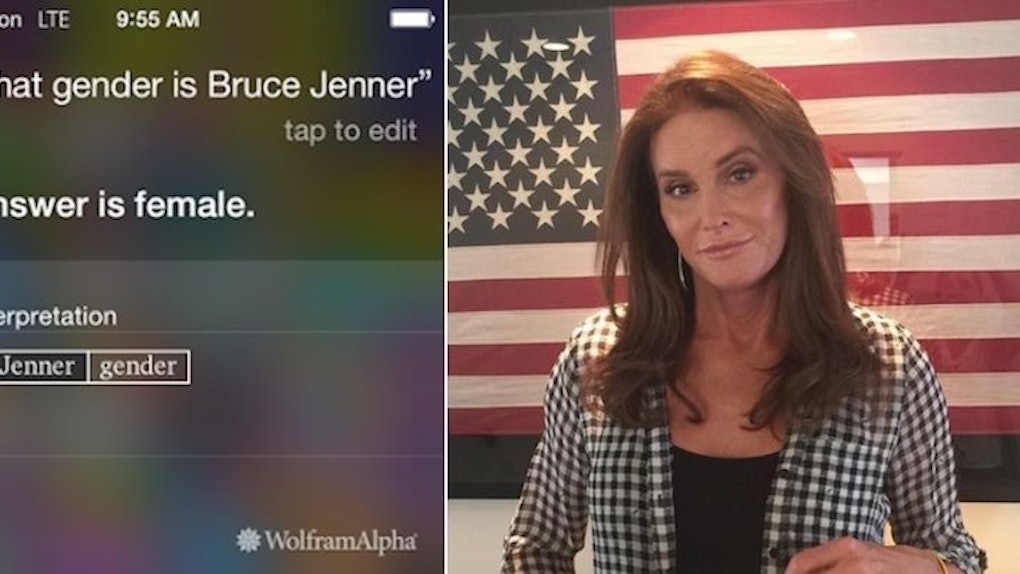 Siri hasn't been very nice this week, but she may be having a change of heart.

It was recently discovered the iPhone assistant stands up for Caitlyn Jenner.

Apparently, if you ask Siri something using Caitlyn's former name, she will correct you. She no longer recognizes Bruce Jenner as a person.

Whoever is programming Siri these days knows exactly what he or she is doing. Good work, Apple.

And she respects Caitlyn's transition without question.

Citations: Siri Shuts Down Anyone Who Tries To Call Caitlyn Jenner By Her Old Name (BuzzFeed)