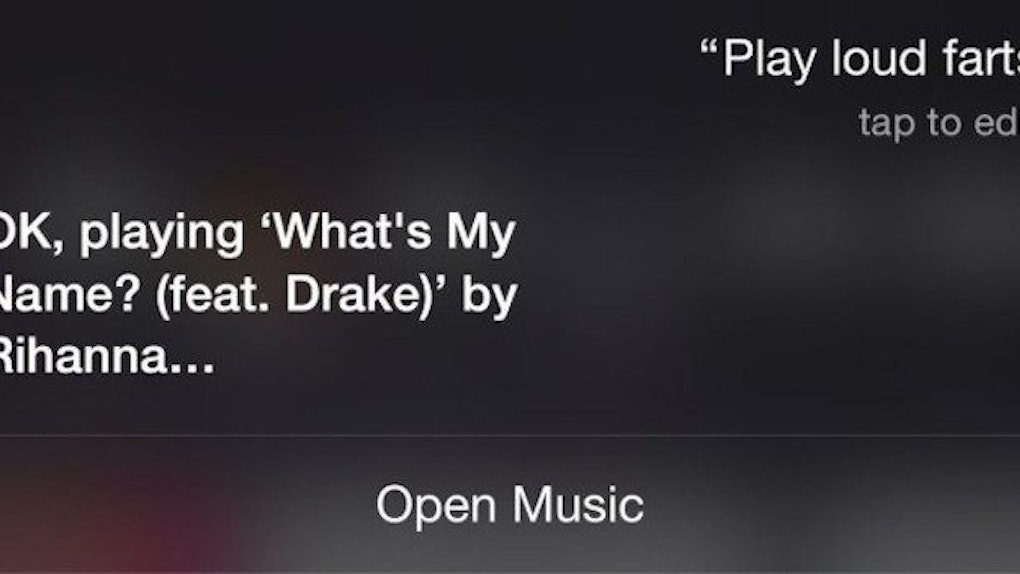 If You Ask Siri To 'Play Loud Farts,' You'll Get Rihanna And Drake

Most people don't think Rihanna's music sounds like flatulence, but Siri would disagree.

Apparently, if you ask Siri to "play loud farts," she will actually play "What's My Name?" by Rihanna and Drake.

And if you don't have the song in your iTunes library, Siri will attempt to stream it from Apple Music.

It's unclear why this happens, but it certainly seems like Siri has it out for RiRi.

I wonder how Rihanna feels about this diss from Apple and Siri. As for me, I think it's hilarious.

Here's what happens when you tell Siri to "play loud farts."

And this is what happens if you don't have the song on your iTunes.

Here are some of the reactions from the masses on Twitter.

When your not team iPhone so your just watching everyone talk about siri pic.twitter.com/i1vMv824zI — chroyalty (@Rihanna_Tinashe) June 30, 2015