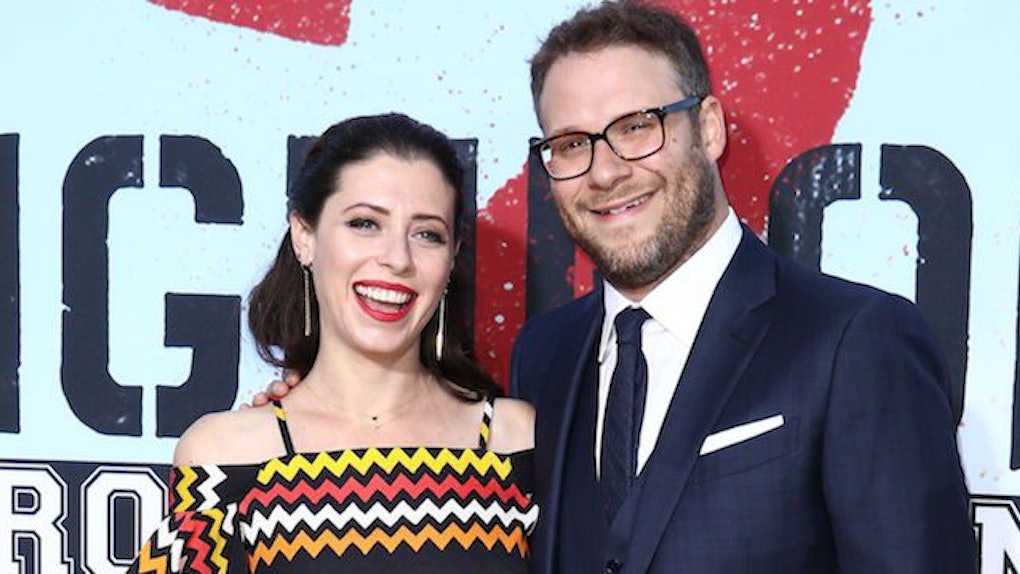 Seth Rogen And Wife On 'Hilarity For Charity' Alzheimer's Fund

If you've ever wanted to smoke a joint and watch "Sausage Party" with Seth Rogen while also making the world a better place, you're in luck.

All you have to do to potentially make that dream a reality is participate in the Hilarity for Charity campaign, an organization founded by Seth Rogen and his wife, actress and writer Lauren Miller Rogen.

Here's how it works:

If your team raises the most money, Seth and Lauren Rogen will come to your campus for a private screening of one of Seth's films — maybe even a never-before-seen project.

How your team raises the money is totally up to you, but when you sign up, HFC will send you a toolkit with some guidelines and suggestions. And if you don't win first, there are some other cool prizes too.

The Rogens created Hilarity for Charity in 2012 and have since raised over $6.5 million as part of the Alzheimer's Association, which directs funds to family care, support groups and research regarding the disease.

I recently got a chance to speak with Seth and Lauren about the organization, which they told me via email was originally just a one-time fundraiser in Los Angeles in support of Lauren's mother.

"Unfortunately, Alzheimer's has been a part of my life for as long as I can remember," Lauren said. "My grandparents had it, and my mom was diagnosed when she was 55 and I was 25."

"Young people were excited to finally have someone close in age to them talking about the disease," Lauren told me, adding, "We were younger then."

Her husband agreed. "I've never wanted to support a charity just to support it," Seth said, "But this affects me because it has affected my wife in such a huge way."

The concept of "Hilarity for Charity" may seem odd to some, given the generally serious nature of Alzheimer's disease.

But to Seth and Lauren, who are both comedy actors and writers, it seemed like the only way to approach the issue.

I think that the best way to do charity is to do whatever feels natural to you. So, we do comedy in life, so for us it made sense to fuel our charity with comedy.

We get that Alzheimer's and comedy aren't really something that generally go together, but the truth is, I think that when something is so sad, sometimes all you can do is laugh. You have to inspire people to get involved in someway, and we use comedy to do that.

So if you're worried about Seth's campus visit being a somber event dedicated to reflecting on the general terribleness of Alzheimer's disease, don't be.

Just take it from this University of Vermont student, whose school has won HFC U three times in a row.

This student made Seth Rogen laugh. Let that sink in.

The HFC campaign began February 1 and ends April 9, so you have a little over a month to get your fundraisers off the ground.

In the words of Seth Rogen to his college-aged self, "Get off your lazy butt and do it!"