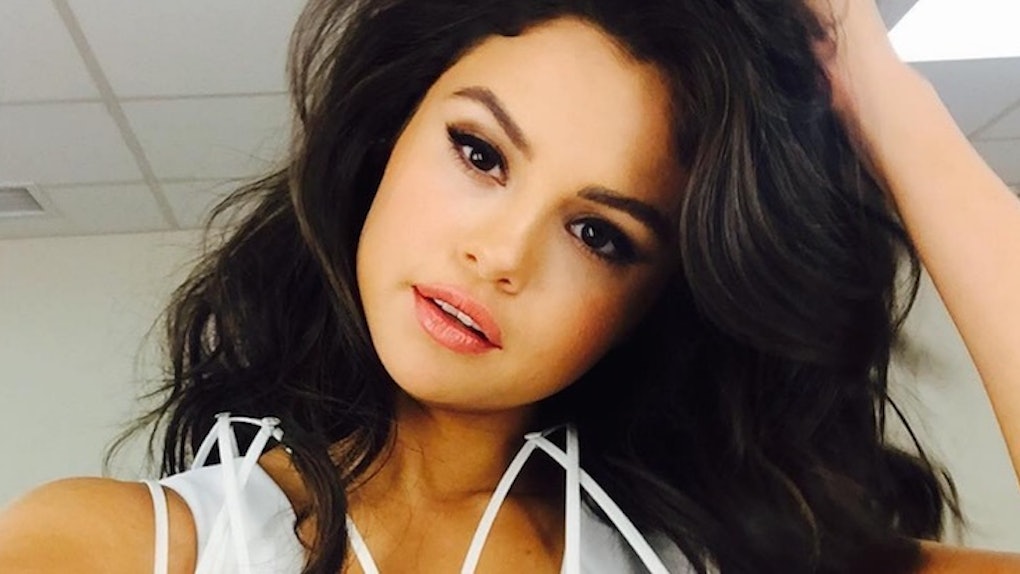 I just can't keep up with celebrities these days.

Perhaps the 24-year-old singer kept the production of her latest hit on the DL to match the meaning of the lyrics.

The whole thing is about secrets. It's about Gomez being unable to trust anyone, especially her love interest in the song.

The song just came out today so you can check it out right here. It's pretty catchy and the perfect jam to play while you're hooking up with a guy.

I'm serious, picture yourself having some ~sexy time~ with your man and then this song starts playing. Once he hears "Imma tell you how I want it/ Baby, tell me how you need it" he will loseeee his shit (I'm guessing???).

Just test it out, you guys. Tell me how it goes.

Anyway, Selena Gomez mega fans put the pieces together yesterday that she was releasing a new song. According to Twitter, it looks like her people are very pleased.

So this is some info about new song featurning Selena! We'll get the song this friday! pic.twitter.com/hKaS6ywYmx — Selena Gomez News (@MyLifeIsSelG) September 28, 2016

The singer did recently tell fans she was taking a break to focus on her health, so I'm sure most people didn't see this coming.

As previously reported by Elite Daily, Selena spoke to PEOPLE about her health condition and her desire to take time off. She explained,

As many of you know, around a year ago I revealed that I have lupus. I've discovered that anxiety, panic attacks and depression can be side effects of lupus, which can present their own challenges. I want to be proactive and focus on maintaining my health and happiness and have decided that the best way forward is to take some time off.

Good for you, girl. Selena must be addicted to making music because this came out of nowhere!  The heart wants what it wants, I guess.

Now BRB, gonna go blast "Trust Nobody" in the shower and think about how I'm dying alone. LATER!