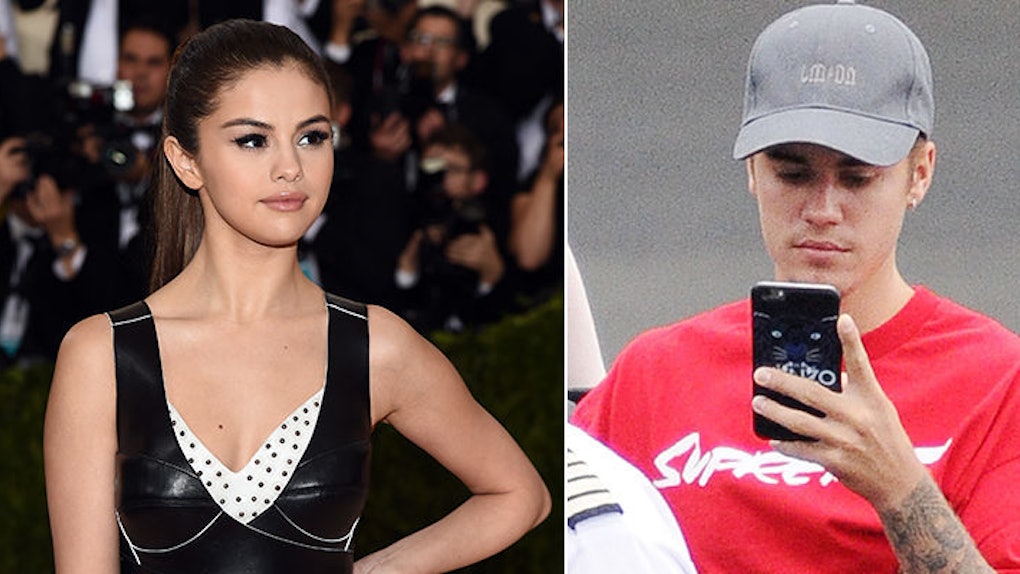 The Jelena drama is so real.

If for one second you thought Justin Bieber was over Selena Gomez, then you've been mistaken.

Justin Bieber is still head over heels for his ex, and we have proof.

According to Us Weekly, Selena had to change her phone number to stop Justin from contacting her.

I mean, I've drunk texted my ex several times (hey baby, miss you!), but having to change a number is pretty intense.

Justin must be borderline harassing her at this point. It's unclear WTF he's been saying, but one thing is obvious: Selena is done with his shit.

On top of that, the "Hands To Myself" singer apparently told her friends to not give Justin her new digits.

She doesn't want any contact from him at all, especially at a time when she's suffering from depression and anxiety stemming from Lupus.

Recently, the Revival star said she's taking a break from her tour to focus on her health. It looks like Justin hitting up her phone isn't ideal for her at the moment, so she's taking the necessary steps to prevent him from reaching her.

As for Biebs, he's been romantically linked to Sofia Richie, but I guess this info proves he's still not over Selena.

Will the two ever truly get back together? Man, a girl can only hope.

Citations: Selena Gomez Cuts Off Justin Bieber, Changes Phone Number: 'She Told Everyone Not to Give It to Him' (Us Weekly)