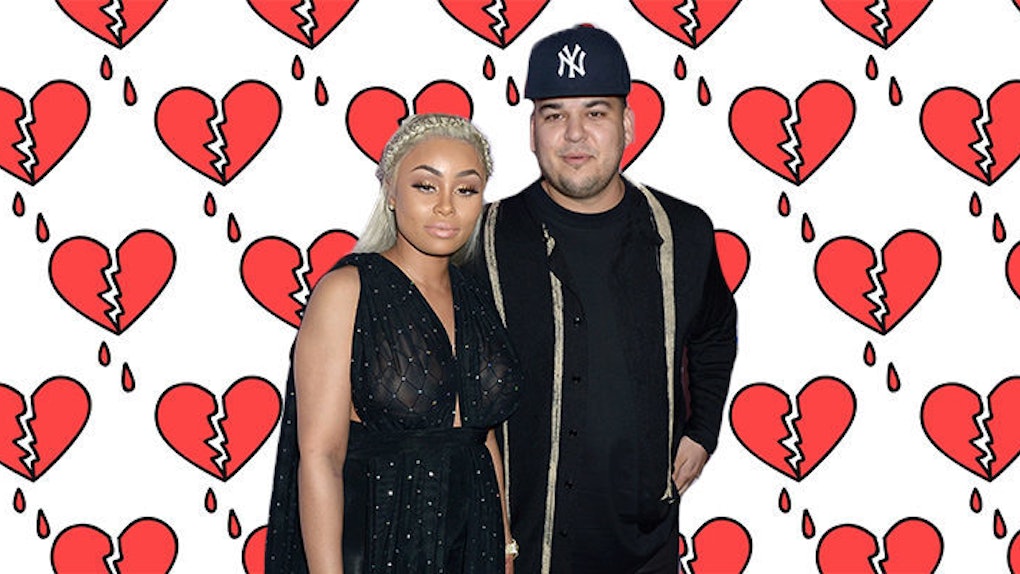 Last month, Rob Kardashian stirred rumors regarding a possible breakup between himself and Blac Chyna after the 29-year-old reality star deleted every single picture of the couple from his Instagram account.

In addition to the mass deletion of his photos, Rob also unfollowed Blac Chyna the very same day. Rumors swirled that a dispute over the couple's upcoming reality TV show had something to do with Rob's social media cleansing.

Despite the fact that we never really found out why Rob sabotaged his own Instagram account, we do know that he has returned to the 'Gram.

I guess Rob had to make up for not making an appearance in this congratulatory family video.

Despite deleting every single post featuring Blac Chyna a couple of weeks back, Rob made no mention of the stunt while praising Kendall for her cover shot on the September issue of Vogue.

Here's what Rob's feed looks like now. As you can see, he now follows two more people compared to last month.

The kicker? Rob Kardashian has followed Blac Chyna back on Instagram despite deleting every single photo of the engaged couple and unfollowing her last month.

The ongoing drama HAS to be about something other than the couple's upcoming show...

An inside source close to the couple revealed to Us Weekly,

He's struggling to readjust to the grueling work schedule. It was like a honeymoon every day with Chyna before filming started. But working with your pregnant partner and living together has been stressful. Rob just shuts down.

That's understandable but it still doesn't make much sense why Rob would wipe his very public Instagram account clean of his own fiancée!

We'll just have to wait and see what all of this Instagram drama is really about.

Citations: Rob Kardashian Returns to Instagram After Deleting All Pics of Blac Chyna (Us Weekly)