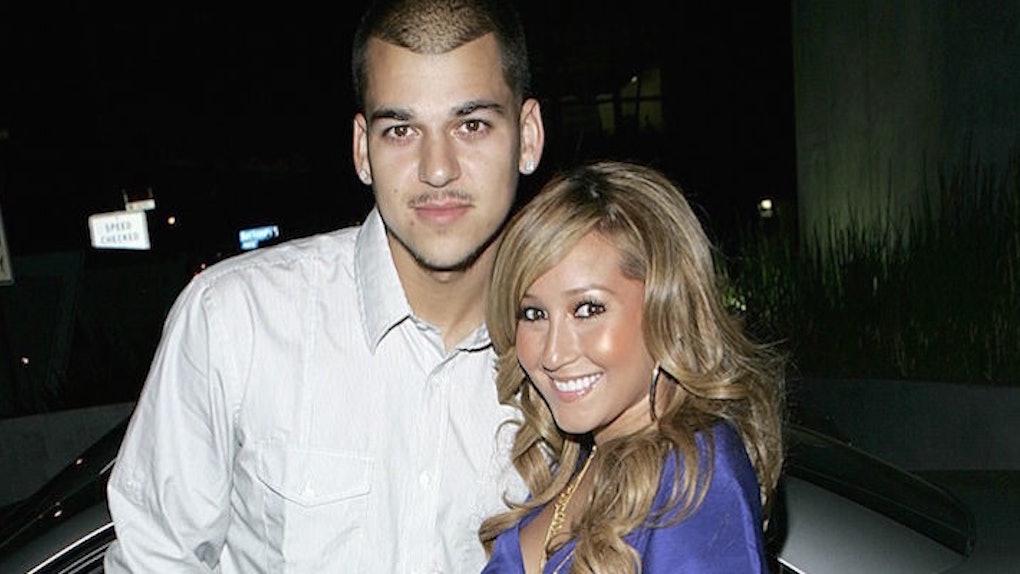 In 2000, 3LW promised us they'd do right. Now, 16 years later, Adrienne Bailon is still holding up her end of the bargain.

On this week's “Rob & Chyna,” while confiding in his fiancée, Blac Chyna, Rob Kardashian mentioned an ex whose infidelity caused him some serious, chronic jealousy.

Adrienne Bailon, an ex who was once so much the center of Rob's world he tattooed her name on his gd body, took a moment on her show “The Real” on Wednesday to spread word of her innocence.

We've come such a long way. I think Rob is a great guy… Our relationship, what's in the past is in the past. He's moving on, he's about to be a father, which, congratulations to him and Chyna. But, what I will say is, that girl was certainly not me, just saying... It definitely was not me. I absolutely never cheated on Rob... I just want to clarify that... I can't speak for anybody else but I can assure you that was not me.

Lucky for Adrienne (JK, there are no winners in this), fans have long suspected singer Rita Ora of cheating on Rob.

Even Rob himself accused Rita of infidelity.

Still, Adrienne spoke of how she can "relate to what [Rob's] saying," claiming she'd been cheated on and it hurt her.

It affected me so much that I made it a conscious decision to not do that to the next person because when you experience the kind of hurt that being cheated on makes you feel, it makes you question yourself.

You were cheated on. Let's clarify that… In that relationship… Rob cheated on her!

Thank you, you beautiful Greek chorus of a daytime TV host.