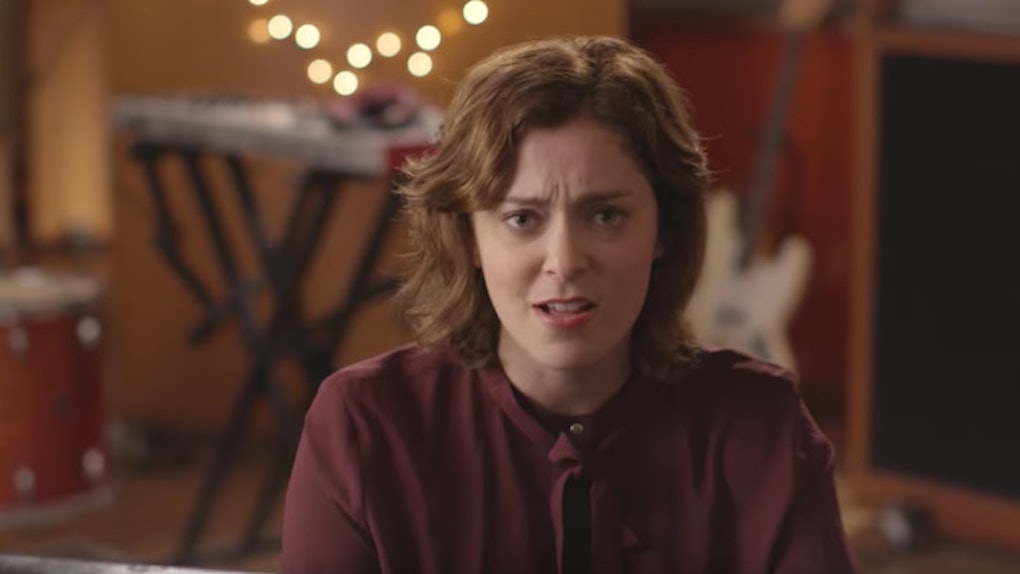 On Tuesday, it all ends.

After what seems like 45 years of campaigning, attack ads, email servers, rape accusations, tax returns and pronouncing "China" like Andrew Dice Clay probably did in the '80s, this election season will finally come to a close.

No matter the outcome, whether the winner is Donald Trump, or Hillary Clinton, I think we can all at least admit that we'll be happy it's over when it's over and not afraid of the results anymore.

Granted, that fear will be replaced by a different kind of deeper fear if Donald Trump takes the office, but hey, we still got rid of that first fear, right?!?! #Perspective #Kanye2020

In an effort to make sure Trump doesn't get elected, thus potentially ending the universe as we know it, Rachel Bloom has teamed up with Funny or Die to produce arguably the best "Get out and vote" video of this election campaign.

The song is super catchy, and the lyrics are remarkably hilarious. At one point, the cast belts out maybe the best answer to all those who say calling Trump "Hitler" is wrong:

Look obviously only Hitler's Hitler / (No one does Hitler like Hitler) / But break up Mein Kampf into tiny parts and it reads like a Trump rant on Twitter.

At another point, she outlines,

If we don't work to prevent this/ it's four years of 'The Apprentice'... Donald Trump is human syphilis / we could be the antidote.

This isn't the first time this season Funny or Die has reminded their fanbase to vote this season.

Earlier this year, they launched a video featuring Katy Perry without clothes that explains how easy it is to cast your ballot.

So, for the last time: Holy shit, go out and fucking vote.